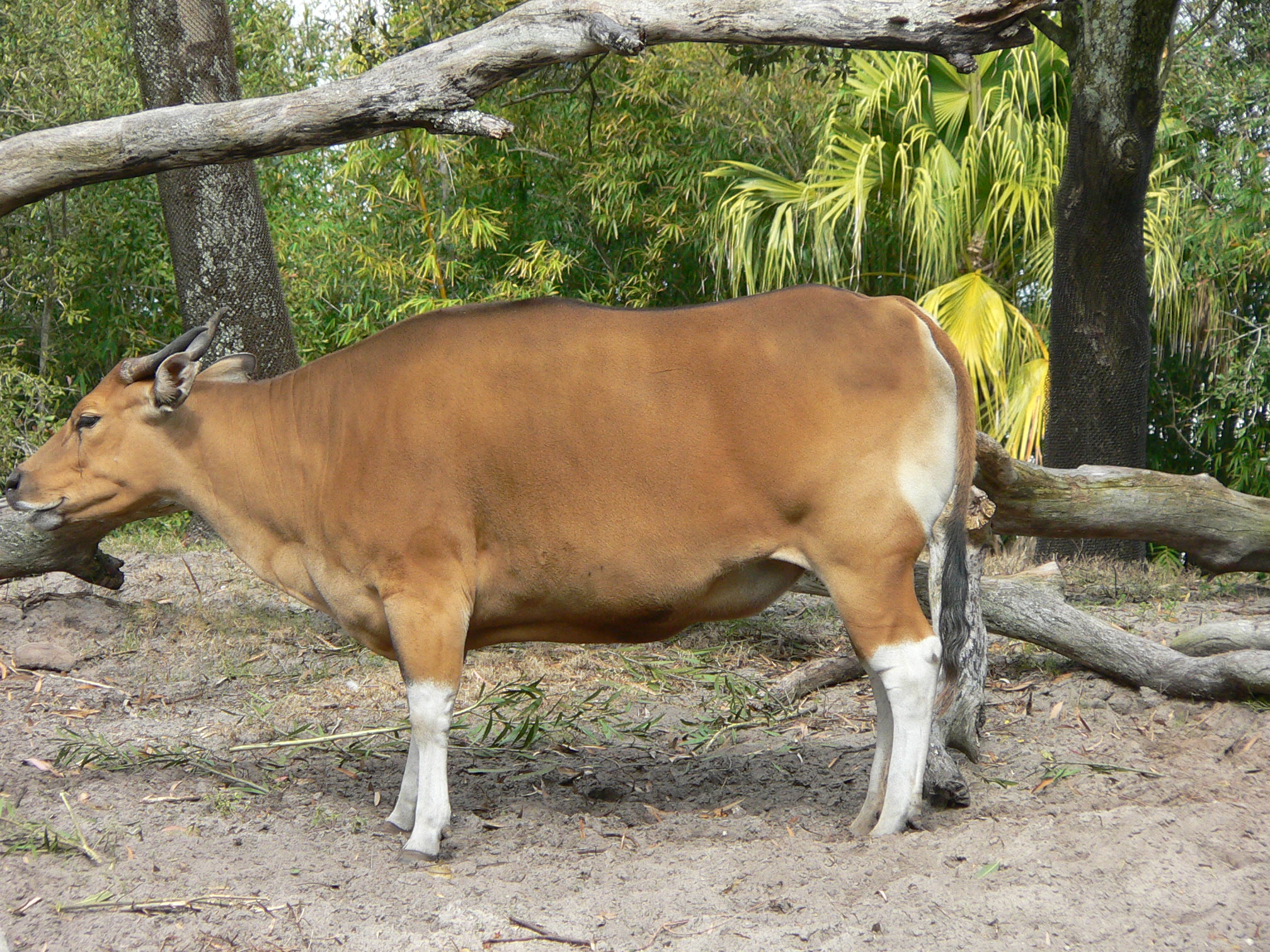 "Bos" is the of wild and domestic . "Bos" can be divided into four subgenera: "Bos", "Bibos", "Novibos", and "Poephagus", but the distinction is controversial. The genus has five extant species. However, this may rise to seven if the varieties are counted as separate species.

There are about 1.3 billion domestic cattle alive today, making them one of the world's most numerous mammals. Members of this genus are currently found in Africa, Asia, eastern Europe and North America. Their habitats vary greatly depending on the particular species; they can be found in prairies, rain forests, wetlands, savannas and temperate forests.

"Bos" have a lifespan of 18-25 years in the wild, with up to 36 being recorded in captivity. They have a 9-11 month , depending on the species and birth one, or rarely two young in the spring.

Most species travel in herds ranging in size from 10 members into the hundreds. Within most herds, there is one bull (male) for all the s (female). Dominance is important in the herds; calves will usually inherit their mothers spot in the .

They are generally diurnal, resting in the hot part of the day and being active morning and afternoon. In areas where humans have encroached on the territory of a herd, they may turn . Some species are also migratory, moving with food and water availability.

Modern species of "Bos" are thought to have evolved from a single ancestor, the ("B. primigenius"). This particular species survived until the 1600s when it was hunted to ion.

In 2003, the resolved a long-standing dispute about the naming of those species (or pairs of species) of "Bos" that contain both wild and domesticated forms. The commission "conserved the usage of 17 specific names based on wild species, which are pre-dated by or contemporary with those based on domestic forms", confirming "Bos primigenius" for the aurochs and "Bos gaurus" for the gaur. If domesticated cattle and gayal are considered separate species, they are to be named "Bos taurus" and "Bos frontalis"; however, if they are considered part of the same species as their wild relatives, the common species are to be named "Bos primigenius" and "Bos gaurus".

* Vasey, George 1862. A monograph of the genus "Bos". [http://www.archive.org/details/amonographofgenu00vaseiala Scan of a historic work]