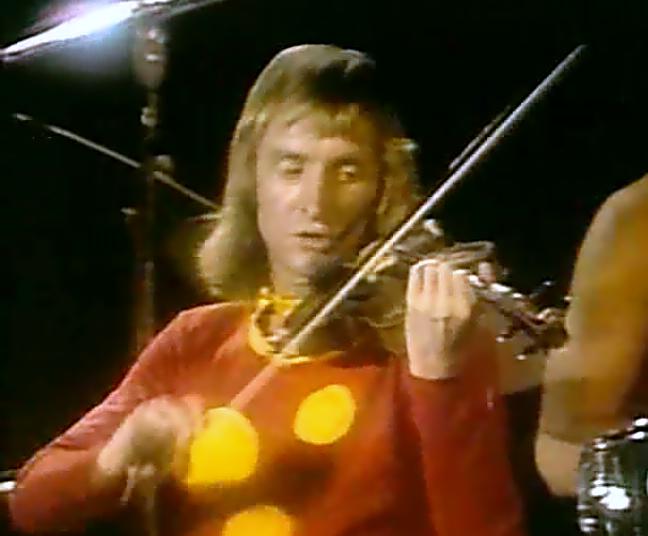 Wilfred Gibson (born , , , ) is an English who played in the band , and has performed as a . He replaced original ELO violinist Steve Woolam in 1972 and performed in their first live . He later made contributions to the and performed on the hit singles "Showdown" and "" playing alongside and Mike Edwards. He was replaced in 1973 by allegedly due to a payment dispute. His work as a session musician has seen Gibson playing on numerous hits throughout the years, sometimes uncredited.