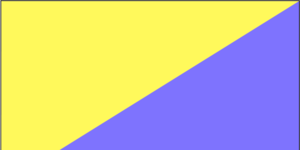 The city or Ruda Śląska is divided into the following subdivisions:

A large village is known to have existed at the location of the today's city center in 1243. The city name appears to indicate the awareness of existence and perhaps exploitation of ores from the early times.

The area underwent rapid industrialization (coal, steel, zinc) in the 19th and the beginning of 20th century. However, it remained a cluster of industrial settlements and villages until the 1950s, when it was administratively united. It never developed into a truly unified city.

After the fall of communism in 1989, the significant heavy industry was largely scaled down or restructured. The area has been transforming to a service-based economy. The well-known still operating coal mine is "Halemba".

Since 2007, Ruda Śląska has been a member of the Upper Silesian Metropolitan Union, the largest legally recognized urban area in Poland.

Significant roadways are Highway A4 and the . There are several small railways stations, mainly on the line Katowice-Gliwice.

Since 1950 Ruda Śląska is site of a transmission facility, which was used from 1950 to 1988 for medium-wave radio broadcasting.

The neighboring cities of and are large academic centers. Ruda Śląska is a seat of Higher Academy of Commerce (Wyższa Szkoła Handlowa).

* (born ) - Olympic gold medalist and world record-holder in swimming
*
*
*
*
*Ruda Śląska is the largest population center in Poland never to have been visited by .