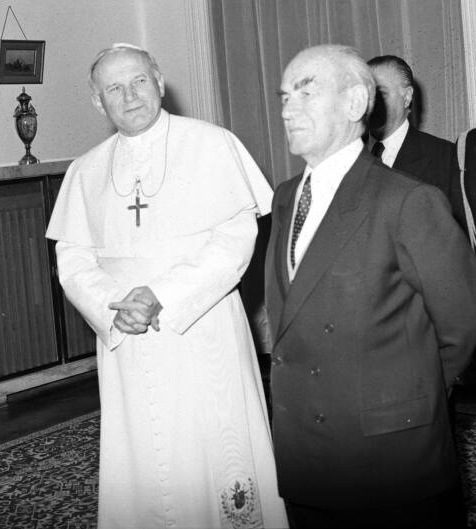 Fahri Korutürk (, ndash , ) was a Turkish officer, and the sixth .

He was born in . He attended the navy cadet school in 1916, graduated in 1923, and graduated from the Naval Academy in 1933. Korutürk saw active service on s and s and later travelled abroad as naval in , and . In 1936, he participated in as military advisor. He was made in 1950 and commanded various units until he became .

After his retirement in 1960 from the post of Commander of the , Korutürk was appointed by the Head of State as Turkish to the and later to . In 1968, President appointed him member of the . On , , the TBMM elected him the 6th President of the Republic of Turkey. Korutürk served the constitutional term of seven years until , . Afterwards he became a permanent .He married Emel Korutürk in 1944 and they had two sons and a daughter. His surname, Korutürk, [The verb "koru"mak means "to protect", and refers to Ataturk's expectation of Korutürk to preserve his legacy.] was given to him by . Fahri Korutürk died in Moda, . He was laid to rest in the in .

* "İskajerak Deniz Muharebesi hakkında bir konferans" "(A Conference on the )"