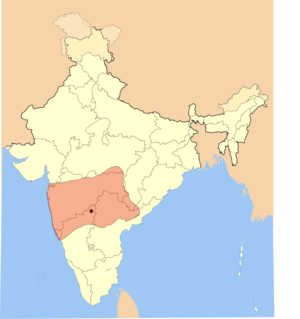 The Bahmani Sultanate (Also called the Bahmanid Empire) was a state of the in southern and one of the great medieval Indian kingdoms. [cite web
url=http://orbat.com/site/cimh/kings_master/kings/ibrahimII_adil_shahi/5_provinces.html
title=The Five Kingdoms of the Bahmani Sultanate
publisher=orbat.com
accessdate=2007-01-05 ] Bahmanid Sultanate was the first independent Islamic and Shi'ite Kingdom in South India.

The sultanate was founded on 3rd of August by governor Ala-ud-Din Bahman Shah, possibly of -Persian or Turkish [Cavendish, Marshall. "World and Its Peoples", p.335. Published 2007, Marshall Cavendish. ISBN 0761476350] descent, who revolted against the Sultan of Delhi, . Nazir uddin Ismail Shah who had revolted against the stepped down on that day in favour of Zafar Khan who ascended the throne with the title of Alauddin Bahman Shah. His revolt was successful, and he established an independent state on the within the Delhi Sultanate's southern provinces. The Bahmani capital was Ahsanabad () between 1347 and when it was moved to Muhammadabad ().

The Bahmani contested the control of the Deccan with the to the south. The sultanate reached the peak of its power during the vizierate (–) of Mahmud Gawan. After the sultanate broke up into five states: Ahmednagar, Berar, Bidar, Bijapur, and Golconda, known collectively as the .

Bahmani dynasty believed that they decent from Bahman the legendary king of . Considering their ties to Iran. They were great patrons of Persian culture and literature. The Bahmanid kings and princes also took a deep interest in Persian, some of them becoming well-versed in Persian language and literature.