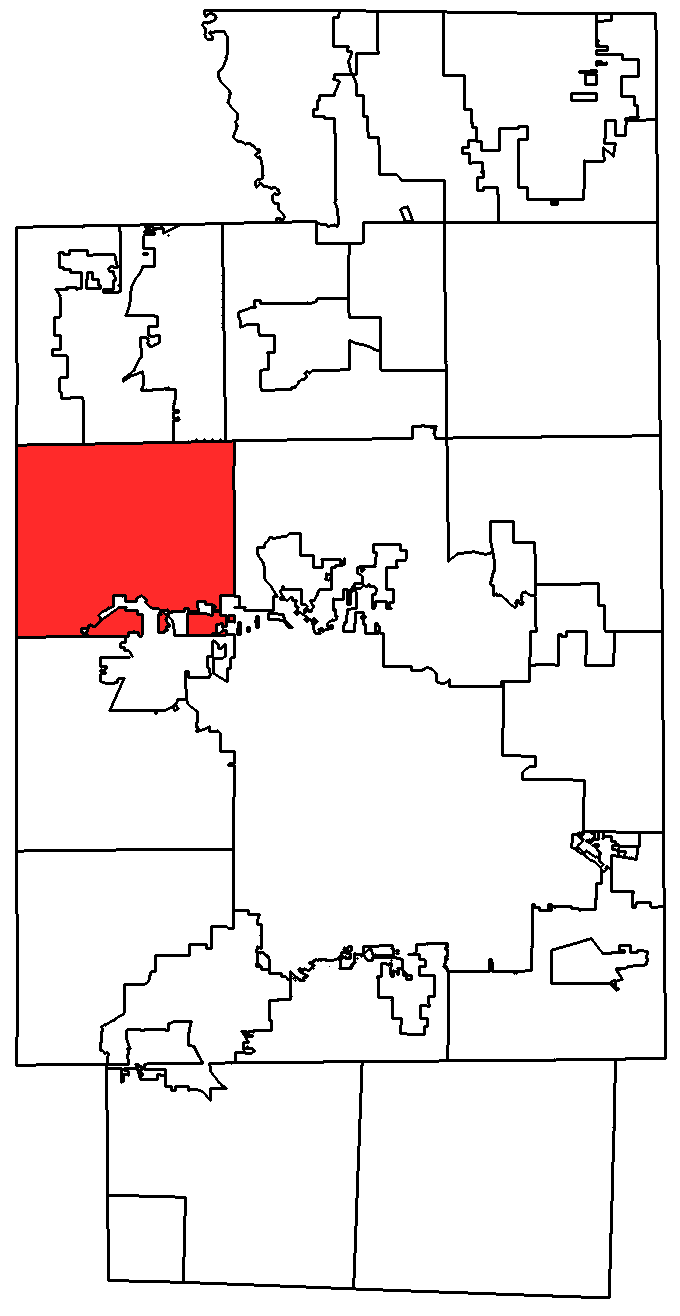 Bath Township contains part of the , whose main attraction within the township is the , a historical community set in the 1800s.

Statewide, other Bath Townships are located in Allen and Greene Counties.

The township was originally known as Wheatfield when surveyed in 1808. The name was later changed to Hammondsburgh after , who settled there in 1810. The name was then changed to Bath when it was fully separated from Richfield Township in 1818.

In 1998 Bath Township formed a (JEDD) with Akron and Fairlawn. The JEDD area has approximately 300 acres (1.2 km²) and is in the business district at the southern end of the township. (BATH-AKRON-FAIRLAWN JEDD, 2005)

Bath Township's land has been in the following counties: (Ohio Formation Maps, 2005)

There were 3,506 households out of which 34.6% had children under the age of 18 living with them, 42.4% were married couples living together, 4.6% had a female householder with no husband present, and 19.7% were non-families. 17.2% of all households were made up of individuals and 8.93% had someone living alone who was 65 years of age or older. The average household size was 2.69 and the average family size was 3.06. (Extension Data Center)

The township is governed by a non-partisan three-member board of trustees, who are elected in November of odd-numbered years to a four-year term beginning on the following . Two are elected in the year after the presidential election and one is elected in the year before it. There is also an elected township fiscal officer, who serves a four-year term beginning on of the year after the election, which is held in November of the year before the presidential election. Vacancies in the fiscal officership or on the board of trustees are filled by the remaining trustees. In 2007, the board was composed of president Elaina Goodrich and members Donald Jenkins and James Nelson, and the fiscal officer was Penny Marquette. [ [http://www.bathtownship.org/Administration%20folder/Contact%20page%20Web%202.htm Bath Township Administration Contact Information] , Bath Township, 2007. Accessed .]

Major court cases are handled by the Summit County court system and minor ones by the .

Bath Township has access to at two points. There is a full cloverleaf that the township shares with Copley Township at the intersection with State Route 18. There is also an exit at Ghent Road. I-77 has rest areas on both sides in the northern part of the township. (Commercial Survey Company, 2004)

Bath Township is served by two state highways: State Route 18 follows the western part of the original southern edge of the township, while State Route 21 shares on a mostly north-south path through the township. (Commercial Survey Company, 2004)

In 1997 and 1998, a 404 acre former Firestone property was purchased by Bath Township and named Bath Nature Preserve. It contains grasslands, wetlands, ponds, streams, and mesophytic and deciduous forests, which has through an agreement been used by as a research station. [ [http://www.bathtownship.org/Parks%20folder/BNP%20page%20parks.htm Bath Nature Preserve ] ]