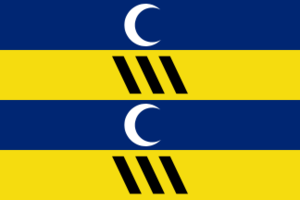 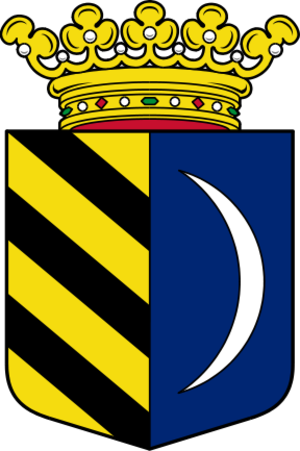 Ameland (Pronunciation|441 Ameland.ogg, West Frisian: It Amelân) is a and one of the off the north coast of the . It consists mostly of .

(Ameland is not itself the name of a village).

First mentioned as Ambla in the , it paid to the county of until in its declared it a 'free lordship' ("vrijheerschap").

Although Holland, Friesland and the Holy Roman Emperor contested this quasi-independent status, it remained a free lordship until the ruling family, , died out in . After that, the Frisian became lord of Ameland and after him, his son the stadtholder of all the Netherlands and his grandson .

Only in the constitution of was the island finally integrated into the Netherlands (into the province of ). The kings and queens of the Netherlands still maintain the title "Vrijheer van Ameland" today.

In 1940 the German troops were ferried to the island and within hours Ameland was under the control of the German Army. Because of its limited military value the Allies never invaded Ameland. The German forces on the island did not surrender until June 2, 1945, almost a full month after the defeat of Nazi Germany.

Like all West and East Frisian Islands, Ameland is a unique piece of nature. The profusion of different plants on the island is caused by the immense variety of landscapes. One of the scenic areas is the Oerd, a large complex of dunes which is still expanding by the year. Because of the differing landscapes and types of flora, over 60 different species of birds are sitting there every year. At the eastern part of the Oerd lays a beach plain called the Hon.Besides dunes and beaches, Ameland has some woods, like the 'Nesser bos' (Wood of Nes). This wood belongs to Nes, but a local legend tells a different story about the owner of this property. Every now and then, the owner according to the legend is pointed out in mysterious ways.

The most of the travellers reach the island by ferry from , but there is also an airfield near Ballum. A bus service connect the ferries from Hollum/Ballum (route 130) and Buren/Nes (route 132).