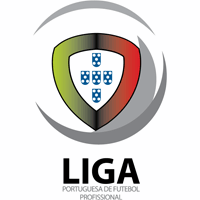 The Portuguese Liga (pron. IPA2|'liɣɐ), currently named Liga Sagres after its main sponsor, is the league competition for Portuguese professional football clubs located at the top of the (above the ""), making it Portugal's primary football competition.

The "Liga" is presently contested by sixteen clubs each season, but only five of them have won the title. Currently in its 73rd edition (counting four provisional championships in the 30's) the competition is dominated by the so called "big three"; (Benfica, FC Porto and Sporting Portugal), who have a total of 71 titles, with Belenenses and Boavista winning the other two.

Before the Portuguese football reform of , an experimental competition on a round-basis was already being held &mdash; the "Primeira Liga" (Premier League) and the winners of that competition were named "League champions". Despite that, a Portuguese Championship in a knock-out cup format was the most popular and defined the "Portuguese champion".

Then, with the reform, a round-basis competition was implemented as the most important of the calendar and began defining the Portuguese champion. From to the name "Campeonato Nacional da Primeira Divisão" (National Championship of the First Division), or just "Primeira Divisão" (First Division) was used. When the took control of the two nationwide leagues in it was renamed "Campeonato Nacional da Primeira Liga" (Premier League National Championship), or simply "Primeira Liga" (Premier League).

acquired the naming rights to the league in , titling the division SuperLiga Galp Energia. A four year deal with the n was announced on , amid questioning by the other gambling authorities in Portugal (the and the ) who claimed to hold the exclusive rights to legal gambling games in Portuguese national territory. After holding the name Liga betandwin.com for the 2005-2006 season [http://www.lpfp.pt/default.aspx?SqlPage=content_noticias&CpContentId=286631] the name was changed to BWINLIGA in July 2006. [http://www.lpfp.pt/default.aspx?SqlPage=content_noticias&CpContentId=286890] . From the 2008-2009 season the league has been be named Liga Sagres, due to sponsorship from beer.

From the 2006-07 season on there are 16 clubs in the Portuguese Liga, down from 18 in the previous seasons. During the course of a season each club plays the others twice, once at their home stadium and once at their opponent's, for a total of 30 games. At the end of each season, the two lowest placed teams are relegated to the "", and the top two teams from "Liga de Honra" are promoted to the Portuguese Liga.

Currently, for the 2008-09 season, the top two teams in the Liga qualify for the . The Champion (first place finish) goes directly into the group phase of the competion, with the runner-up (second place finish) entering the competition at the third qualifying round, and must survive a two-legged knockout tie in order to enter the group phase. The teams classified in third, fourth and fifth enter the together with the winner of the . If the winner of the Cup of Portugal is already qualified for the Champions League, or would be qualified for the UEFA Cup by its league position, the runner-up will occupy the spot in the UEFA Cup. If the runner-up is also qualified for European competition through its league position, the spot is given to the 6th-placed team in the Liga. The 6th-placed team is allowed to play in the , but when it plays in the UEFA Cup because of the situation above, then, the spot is taken by the 7th-placed team.

Within Portugal, holds rights to broadcast both first and second division matches, thtough their Premium Channels, SportTV 1 and SportTV 2. All clubs negotiate individually with the channel. One game a week is broadcast on free television, in a contract deal between SportTV and (from 2008-2009) RTP. The , Meo, shows some games through a system.

Internationally, shows games throughout , shows games in the , and , shows one game a week in , and in games are broadcast by .

*Most caps for flagicon|POR Portugal: , played with Sporting CP, 129 caps

Since the beginning of the league, there are three clubs with an attendance much higher than the others: , and . In the 2007-08 season the average attendance in the Portuguese league was 11,216.

The 2007-08 season saw an average attendance by club: [http://www.european-football-statistics.co.uk/attn/current/avepor.htm]

Includes "Campeonato da Liga". Years below refer to the season that ended that year.