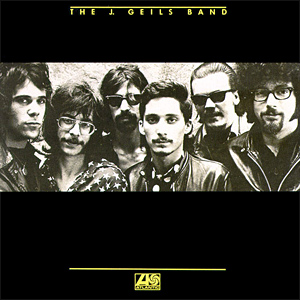 The band started as an acoustic trio in the mid 1960s, with and John Geils, (born , in New York), Danny Klein (Dr. Funk) and harmonica player Richard Salwitz (stage name ).

A common myth that John Geils' name is Jerome stems from one concert where the lead singer of the J. Geils Band shouted "Play it Jerome!!" before one of Geils's solos.

The band formed under the name and the s, while Geils was attending for a couple of semesters. In 1967 the band switched focus, starting to play electric guitar and bass and recruiting Stephen Jo Bladd and fast-talking ex- singer , born Peter Blankenfeld, both from . They became the J. Geils Blues Band, later dropping the word blues from the band name. The following year Seth Justman joined as an . The group signed to in 1970.

Although living in Boston, the band had always considered Detroit their second home because of their enormous popularity there. All three of their live albums were recorded in Detroit at various venues.

On August 17, 1971, at a show in the Boston Common, named The J. Geils Band as their favorite local band. Both bands later played the last show at the Fillmore East, before it closed.

After their initial commercial successes the group seemed destined to be nothing more than a first-rate party band, until the release of "Monkey Island" (1977), followed by "Sanctuary" (1978).

The group's commercial fortunes improved in the early 1980s, first with the humorous "", with the title track becoming a Top 40 hit (#38), then with their success with the "Freeze Frame" album which included "Centerfold" (#1 for six weeks on the ) and then the title cut (#4). "Centerfold" also became their only major hit single in the United Kingdom, where it reached #3 in Februray 1982.

Wolf left the group in 1983 over artistic disagreements.

The band went on to record one more album of new material, "", after Wolf left. He was not replaced, and Seth Justman took over most of the vocal duties. The album produced only one single &mdash; "Concealed Weapons", and was not a commercial success.

The group reunited with Wolf in 1999, for a 13 date tour of the east coast and upper mid-west. Wolf continues to tour with his own backup band, and the rest of the Geils band makes occasional appearances.

Since the semi-retirement of the band, Geils has been restoring s in Massachusetts and started the legendary performance shop, KTR European Motorsports in . [ [http://www.ktrmotorsports.com KTR European Motorsports - KTR Racing - Vintage European Race Car Service, Support, and Restorations ] ] In 1992, he joined his old bandmate Richard "" Salwitz to form the band Bluestime, which released two records: the self-titled "Bluestime" (1994) and "Little Car Blues" (1996) on . It is believed the band is currently in hiatus. [http://www.geocities.com/dickandjay/index.htm]

In 2004, Geils produced the album "Nail It!" for Massachusetts-based blues/rock group The Installers (Francesca Records #1011). He has also been known to appear on stage with The Installers occasionally.

On , , the six original members had a surprise reunion, at bassist Danny Klein's 60th birthday party at Scullers Jazz Club in Boston.

Magic Dick recently contributed his harmonica playing and some vocals as part of a live recording called "Command Performance" by the Legendary Rhythm & Blues Revue featuring The Tommy Castro Band, Deanna Bogart, Ronnie Baker Brooks, and others. He toured as part of the Legendary Rhythm & Blues Revue on different Blues Cruises, and again on land-based shows during 2007-2008.

Peter Wolf is currently on tour with Kid Rock (2008), and is finishing up on a new solo cd.