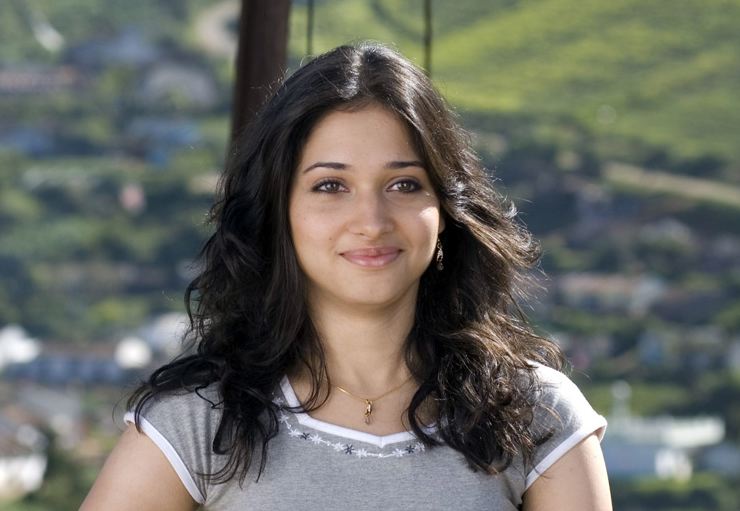 Tamannaah was born to Santhosh Bhatia and Rajani Bhatia on . [http://www.tamanna.info/tamanna-thamanna-tamannah-profile.php] . She started acting at the age of 13, now she is first year student at National College in Bandra, and she has one brother, Anand Bhatia. . She can speak Hindi, Telugu, Tamil and English. Tamanna has done many advertisements in Tamil for big companies such as "Shakti Masala", Stores, RMKV and she also did few music albums before she entered the film industry. She stars in the commercial of .She changed her name recently as Tamannaah Bhatia (old name Tamanna Bhatia).

She started her film career through her debut film in Hindi called Chand Sa Roshan Chehra at the age of 13 years and made her Tamil debut film "" which did not do well at the box office.

The former model has also signed for her debut film in Telugu called "Sri" in which she played the leading female role amongst actor . And she is a rising heroine in both Tollywood and Kollywood industries.

Her recent movie "Kalloori" did well at the box-office. She was appreciated by the audience for her simplistic yet realistic portrayal of her role.

Her Role in her recent movie "Happy Days" in Telugu brought her huge success in Tollywood . Her performance in the role of Madhu in happy days brought her critical acclaim.