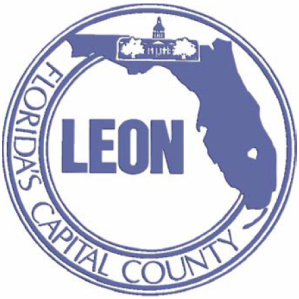 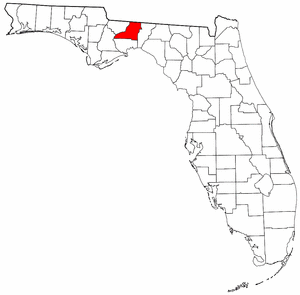 Leon County is a located in the state of . In 2000, its population was 239,452. The U.S. Census Bureau 2007 estimate for the county is 260,945. [http://www.census.gov/popest/counties/tables/CO-EST2005-01-12.xls] The principal place in Leon County is Tallahassee, the and . The county is home to two of Florida's major public universities, and . Leon County residents hold the distinction as having the highest level of education of those in any of Florida's 67 counties with Alachua County as 2nd.

The county forms the nucleus of the .

Originally part of Escambia and later Gadsden County, Leon County was created in 1824. It was named for , the Spanish explorer who was the first an to reach Florida. During the 1850s - 1860s, Leon County was a "cotton kingdom" and ranked 5th out of all of and Georgia counties in the production of cotton from the 20 major plantations.:"Also see ."

The adult citizens of Leon County enjoy the highest level of education in the state of Florida followed by Alachua County with a total of 67.8%. The proponents of consolidation have stated that the new jurisdiction would attract business by its very size. Merging of governments would cut government waste, duplication of services, etc. However Professor Richard Feiock states that no discernible relationship exists between consolidation and the local economy. [http://www.fsu.edu/~localgov/publication_files/Feiock&Park&Kang_Consolidation_K3.pdf]

The law enforcement agency charged with countywide policing is the . Fire and Emergency medical services provided by the and respectively.

Public schools in Leon County are administered and under the operation of the [http://www.leon.k12.fl.us/ Leon County School District] . LCS is operated by a superintendent, 5 board members, and 1 Student Representative. There are:
*24 Elementary Schools
*8 Middle Schools
*6 High Schools
*8 Special / Alternative Schools
*2 Charter Schools

Leon County has 3 defining geologic periods. They are Neogene Period and Paleogene Period of the Cenozoic era and the Quaternary sub-era which includes the Pleistocene epoch and Holocene epoch.