Northern University, Bangladesh (Bengali: নর্দান বিশ্ববিদ্যালয়) or NUB is a private university in the Bangladesh. It was established in 2002. The university was sponsored and founded by International Business Agriculture & Technology (IBAT) Trust, a registered non-profit and non-political voluntary organization. NUB has two more campuses, one at Rajshahi and other at Khulna. 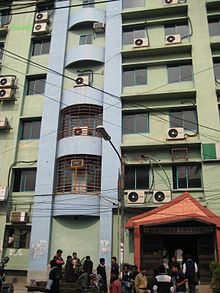