] [cite web
url= http://www.shannonsullivan.com/drwho/serials/4v.html
title= Horror of Fang Rock
publisher = A Brief History of Time Travel
last = Sullivan
first = Shannon
date = 2007-08-07
accessdate = 2008-08-30]
*"Horror of Fang Rock" was the only story of the classic series run to be made entirely outside of . Due to engineering work at , the programme's usual production base, it was made at in .

"The Ballad of Flannan Isle"

*Many elements of the episode were based on a poem, "" by (indeed the Doctor quotes from it at the end of the story); the poem itself was inspired by the mysterious disappearance of three lighthouse keepers from the in 1900. [cite web
url = http://nzdwfc.tetrap.com/archive/tsv3/ballad.html
title = The Ballad of Fang Rock
accessdate = 2007-09-13
work = Time Space Visualiser issue 3]

On , a broadcast of "Horror of Fang Rock" by television station was interrupted for around 90 seconds by a pirate broadcast featuring an individual disguised as television character Max Headroom. The incident made national headlines and the persons responsible were never identified. 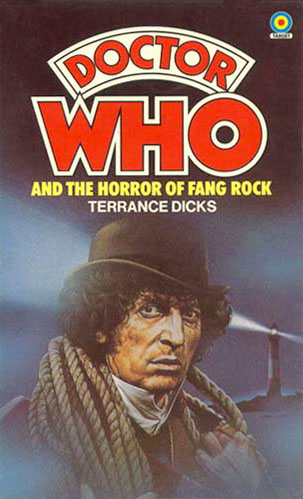