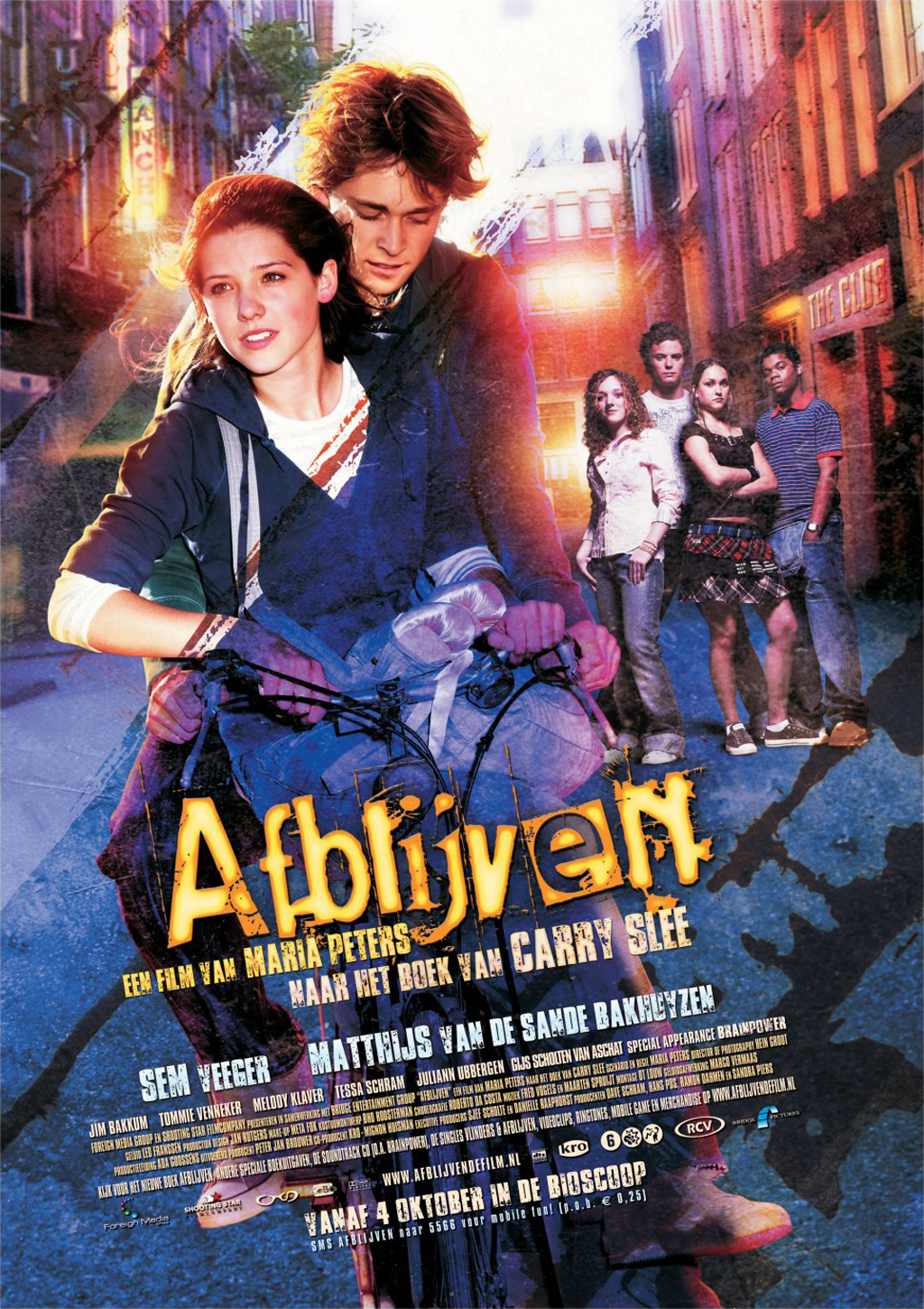 "Keep Off" ( _nl. Afblijven) is a Dutch , based on the children's novel "Afblijven" by . Keep Off is a film about a girl, Melissa, about 14, who likes hiphop dance very much. But her father is very strict and she makes up that she takes classical-ballet lessons. Melissa's biggest wish is to be a famous dancer. When she gets the chance to do an audition for a videoclip of , she is very nervous. She meets a boy named Jim, who gives her . Her audition is fantastic and she is chosen to dance in Brainpower's videoclip. But she can't dance without XTC anymore and starts to use more and more. Her friends Jordi and Fleur try to stop her, but it doesn't help. When they film the videoclip, Melissa dances very bad, because she didn't take XTC, and she runs away. After a while, Melissa and Jim get a quarrel, and a day after that, Melissa disappears. Jordi tries to find her. Then he gets a call from Melissa: she says him to tell her parents she's fine, and that she's going to 'house' tonight. Then, suddenly, she stops te call. Jordi is really worried. But then he notices a poster, with the announcement of a Houseparty that night. Jordi goes to the Houseparty, but it's gone wrong there. The was poisoned and Jordi sees Melissa, lying in an ambulance. Her situation is critical, and Jordi thinks she's going to die. When he is allowed to visit her, she's in coma. He speaks to her, and she wakes up. Jordi is really happy, but he has still something to do. With Jordi's help, the police can arrest Jim, and it turns out he has given the bad pills to Melissa. At the end, Melissa wants to hug Jordi, but he pushes her away. Then she says: 'I can't stop this'. Jordi says: 'Well, that's too bad for you'. Melissa thinks Jordi doesn't want to be friends after all what happened, but then he smiles and says: 'I also can't'. When they kiss, you can see the videoclip being showed at the TV's in the TV-store behind them.