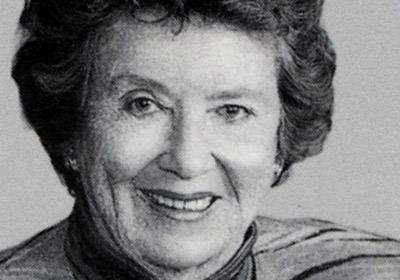 Barbara Cox Anthony (1922 &ndash; ) was the youngest daughter of , a Democratic , newspaper publisher and broadcaster. With her sister and brother James M. Cox, Jr., she inherited, via a trust, ownership and control of her father’s company, now called . Upon her brother's death in 1974, the sisters received his share of the company equally.

Her net worth was estimated at $12 billion, based principally on her equity interest in Cox Enterprises which made her one of the richest women in the United States and the richest resident of . [ [http://www.forbes.com/lists/2006/54/biz_06rich400_The-400-Richest-Americans-Hawaii_7Rank.html 400 Richest Americans - Hawaii] ]

She served as a Director of Cox Enterprises, one of the largest diversified media companies in the United States. It owns one of the nation's largest businesses, which provides and , publishes including the "" and "", owns and operates broadcast and s and owns Manheim, an automobile auction firm. It also owns stakes in a variety of internet businesses, including , the largest retail automotive shopping site in the world. Her eldest son James Kennedy is CEO of Cox Enterprises.

In 2004 Cox Enterprises announced a debt financed $7.9 billion privatization bid for the 38% of the cable television business Cox Communications that it does not already own. With approximately 6.3 million cable subscribers Cox also provides high-speed Internet service to more than 2 million homes and telephone service to 1.1 million homes.

Well known in for her support of philanthropic causes, she helped found and served as its Chair from 1978 until her death in Honolulu in 2007, aged 84, following an extended illness. She also made generous contributions to the Veterinary School of the , endowing two chairs in equine health.