Traces of My Lipstick

Traces of My Lipstick 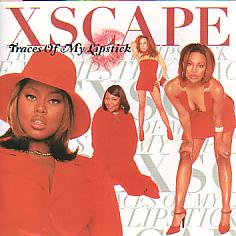 
"Traces of My Lipstick" is the third album by American group, Xscape. The album was released in the on , under the label. The album managed to spawn three singles: "My Little Secret", "The Arms of the One Who Loves You", and "Softest Place on Earth".

The album managed to do well in the United States, both in terms of chart performance and sales. The album managed to peak at #28 on the and at #6 on Billboard's , becoming the group's lowest peaking album to date when compared to their previous two albums. The album was managed to become equally successful as their previous two albums, becoming their third album to be certified Platinum by the . "The Arms Of The One Who Loves You" (#7) and "My Little Secret" (#9) both became hit singles on the Billboard chart not to mention album tracks such as "Hold On" written by Sean Hall and and the track "Softest Place On Earth" were fan favorites.