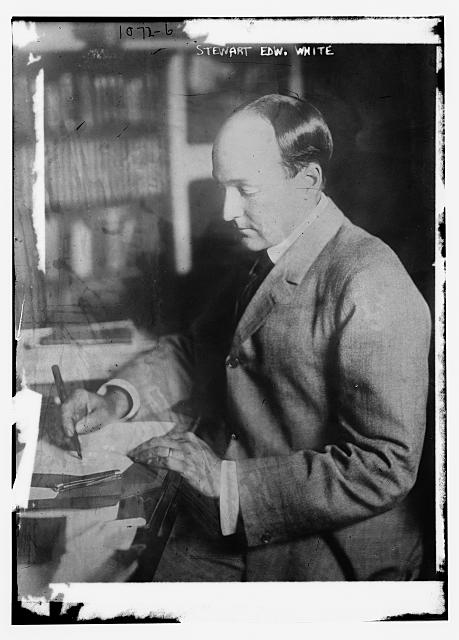 Stewart Edward White ( – ) was an American .

From about 1900 until about 1922, he wrote adventure travel books. Starting in 1922, He and his wife Elizabeth "Betty" Grant White wrote numerous books they claimed were received through channelling with s. They also wrote of their travels around the state of California. White died in .

In 1927, the made White an "Honorary Scout", a new category of Scout created that same year. This distinction was give to "American citizens whose achievements in outdoor activity, exploration and worthwhile adventure are of such an exceptional character as to capture the imagination of boys...". The other eighteen who were awarded this distinction were: ; ; ; ; ; James L. Clark; ; ; ; ; ; ; Clifford H. Pope; ; ; Carl Rungius; .

These 4 books comprise "The Saga of Andy Burnett" Which follows a young Pennsylvania farm boy who escapes his overbearing step father by running away to the West. He leaves with his grandmother's blessing and "The Boone Gun", the original Kentucky rifle carried by Daniel Boone.He soon encounters a mountain man, Joe Crane, who undertakes the mentoring of Andy in the ways of survival in the wild. The remainder of the saga follows Andy as he moves west ultimately settling in California which is the setting of the last three books. This series would be considered historical fiction since it incorporates actual events and characters from the time period in the narrative.