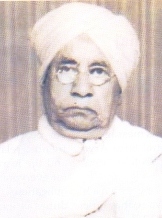 Thakur Kundan Pal Singh Kush (1881 - 1967) was an and who arrived in , from , , in 1928. He first taught at the Dharamshala School in where he later became the founding Head Teacher of Vunimono Arya School in 1929. He taught in a number of Arya Samaj schools which included Gurukul Primary School near in 1939, Arya Samaj Girls' School in Saweni Lautoka from 1940 to 1945, Swami Shraddanand Memorial School in , Vunikavikaloa Arya School in and Veisari Primary School near Suva. [cite book |last= |first= |authorlink= |coauthors= |title=Arya Samaj Fiji Centenary Volume (1904 - 2004) |year=2004 |publisher=Arya Pratinidhi Sabha of Fiji |location= Suva, Fiji|isbn= |pages= p.55]

The Arya Samaj Centenary Publication, celebrating the 100th anniversary of the fromation of the Arya Samaj, made the following statement about the abilities of Kush:

The Fiji Government, however, was so worried about his activitites that it repeatedly inquired into his fitness to teach school children, removed him from control of one school (see below), temporarily suspended his teaching licence and censored his mail, especially his imports of Arya Samj literature. [ cite book |last= Kelly|first=John|authorlink= |coauthors= |title=A politics of virtue : Hinduism, sexuality, and countercolonial discourse in Fiji |year=1991 |publisher= University of Chicago Press|location= Chicago|isbn=0226430308| pages = p. 137]

Kush was the principal force behind the "shuddhi" (conversion) and "sangathan" (religious unions) efforts. On at a meeting of the Hindu Maha Sabha in Nausori, Kush was elected President. Resolutions passed at the meeting asked Hindus to organize themselves and to adhere to the teachings of the Hindu Dharam regarding diet and to boycott a rival newspaper ("Vriddhi"). As part of his "shuddhi" efforts, Kush made house to house visits among isolated Muslims and he with others was labelled as troublemakers by the police. [ cite book |last= Kelly|first=John|authorlink= |coauthors= |title=A politics of virtue : Hinduism, sexuality, and countercolonial discourse in Fiji |year=1991 |publisher= University of Chicago Press|location= Chicago|isbn=0226430308| pages = pp.199,202]

In the 1930s, Kush was dismissed as a teacher from Samabula Indian School in , and the Government took over its mamagement, when Muslim and Christian parents objected to the Arya Samaj influence in the school committee. [ cite book |last= Gillion|first=Kenneth|authorlink= |coauthors= |title=The Fiji Indians: Challenge to European dominence 1920-1946 |year=1977 |publisher= Australian National University Press|location= Canberra, Australia|isbn=0-7081-1291-9| pages = p.108]

Kush followed the principles of the Arya Samaj and supported marriage of widows, himself marrying a widow, Shiwa Bai and had three children: Usha, Uma and Narendra. He continued his religious work in Suva until his death in 1967.