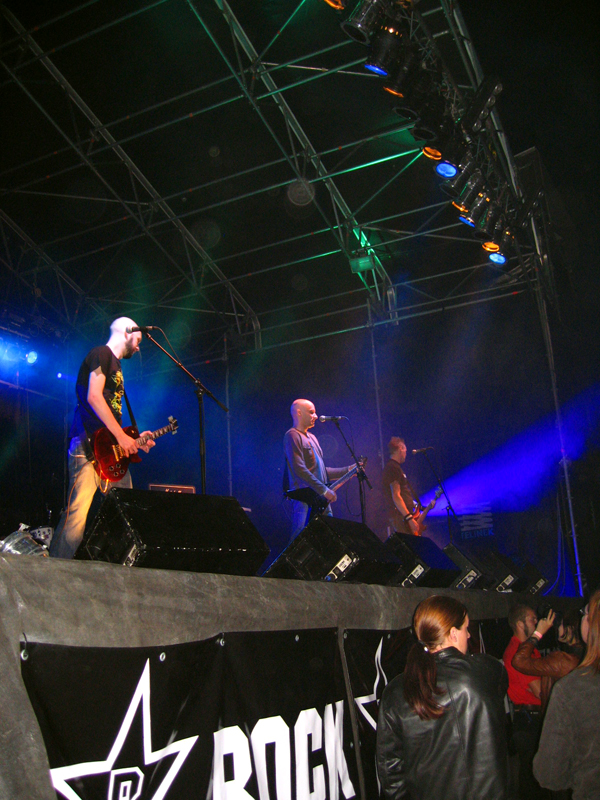 
Tiamat is a band that formed in in 1988. Their music has been the subject of debate, utilizing subgenres like , progressive, doom/death and gothic, but more recently they have focused on what has been described as "atmospheric/gothic rock" [cite web|url=http://www.metal-archives.com/band.php?id=859|title=Encyclopaedia Metallum - Tiamat ] with ethnic, psychedelic and experimental elements.

Initially, the band played straightforward under the name Treblinka. [cite web|url=http://www.metal-archives.com/band.php?id=9478|title=Encyclopaedia Metallum - Treblinka (Swe) ] After having recorded the album in 1989, vocalist/guitarist and bassist parted ways with the other two founding members, and subsequently changed the name to Tiamat. The "Sumerian Cry" album, as recorded by Treblinka, was released as Tiamat's debut album in June 1990.

After the debut, Edlund's leadership would modify the band's style with influences ranging from , , [cite web|url=http://www.last.fm/music/Tiamat/+wiki|title=Tiamat’s Biography – Last.fm ] and , with Sumerian lyrical themes. German guitarist would produce and contribute instrumentation to many of the band's albums, as well as those by Tiamat's own tour and labelmates, including , , and Samael.

1994's critically acclaimed "" mixed raw vocals, slow guitar riffs and synthesizer sounds which sounded different from other bands active at that time. An almost continuous forty-minute piece of music, "Wildhoney" was considered to be a landmark release within the progressive/ genres and would lead to the band's appearances at the Dynamo [cite web|url=http://www.rockdetector.com/officialbio,9323.sm|title=TIAMAT | Unique, Detailed Biography | Rockdetector ] and heavy metal festivals in 1995. The group would play a second gig at Dynamo two years later.

Upon the release of " (1997)", Edlund relocated from Sweden to and declared himself the only permanent member of the band; all albums that would follow would cement the band into a more sound, quite different from the extreme music they did in the years before, with recent albums showing a Sisters of Mercy influence. [cite web|url=http://allmusic.com/cg/amg.dll?p=amg&sql=11:5ekqikc6bbo9~T1|title=allmusic ((( Tiamat > Biography ))) ]

Both , former member of and , and singer Fernando Ribeiro mention Tiamat as one of their major musical influences.