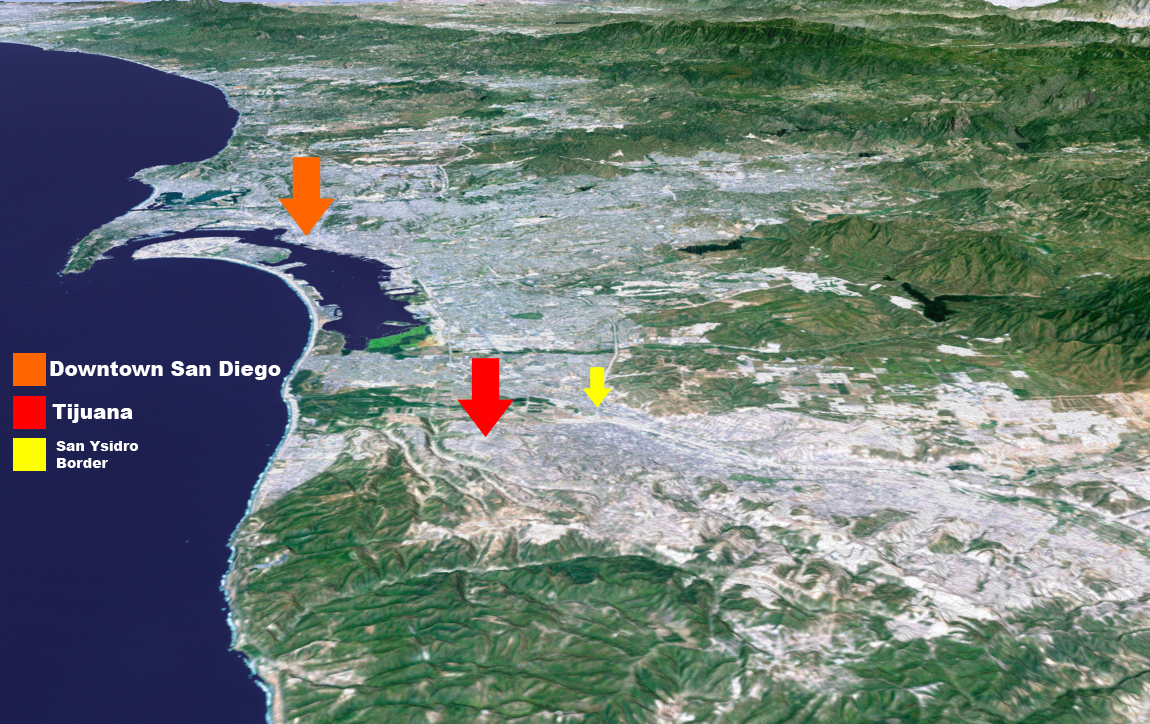 largest_city = flagicon|USA San Diego, CA flagicon|MEX Tijuana, BC
other_cities = San Diego -Chula Vista -Oceanside -Escondido -El Cajon -Carlsbad -Vista -San MarcosTijuana - -
rank_america = 21
population = 5,043,350 (2008 calc.)The San Diego–Tijuana Metropolitan Area is the name of an surrounding the cities of , , and , , . The region consists of San Diego County in the United States and the municipalities of Tijuana, Playas de Rosarito, and Tecate in Mexico. The total population of the region has been estimated to be just over 5 million in 2008