Old Style (O.S.) and New Style (N.S.) are used in English language historical studies either to indicate that the start of the Julian year has been adjusted to start on 1 January (N.S.) even though documents written at the time use a different start of year (O.S.); or to indicate that a date conforms to the Julian calendar (O.S.), formerly in use in many countries, rather than the Gregorian calendar (N.S.).[1][2][3][4]

The Gregorian calendar replaced the Julian in Catholic countries beginning in 1582. This change was also implemented in Protestant and Orthodox countries after a significant delay. In England and Wales, Ireland and the British colonies, the change of the start of the year and the change over from the Julian calendar occurred in 1752 via the Calendar (New Style) Act 1750. In Scotland, the legal start of the year had already been moved to 1 January (in 1600), but Scotland otherwise continued to use the Julian Calendar until 1752.[5] Many cultures and countries now using the Gregorian calendar have different old styles of dating, depending on the type of calendar they used before the change.

The internationally used Latin cognates of O.S. are stili veteris or stilo vetere, abbreviated st.v. and translating as "(of) old style", and the respective cognates of N.S. are stili novi or stilo novo, abbreviated st.n. and translating as "(of) new style".[6] Like the English speaking countries, other countries may use additional local language cognates like the German a.St. ("alten Stils" for O.S.). Also, parts of the Latin abbreviations may be capitalized, e.g., St.n. or St.N. for stili novi.[6] 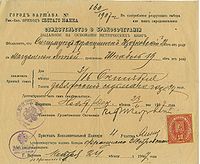 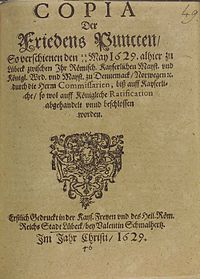 Differences between the start of the year

When recording British history it is usual to use the dates recorded at the time of the event with the year adjusted to start on the first of January. So, for example, the Battle of Hastings is universally known to have been fought on 14 October 1066. But the start of the Julian year was not always 1 January, and was altered at different times in different countries.

From the 12th century to 1752, the civil or legal year in England began on 25 March (Lady Day)[7] so for example the execution of Charles I was recorded at the time in Parliament as happening on 30 January 1648 (Old Style).[8] In modern English-language texts this date is usually recorded as "30 January 1649" (New Style).[1] A full conversion of the date into the Gregorian calendar is 9 February 1649, the date by which his contemporaries in some parts of continental Europe would have recorded his execution. 25 March in New Style is 6 April, and this date is still the first day of the fiscal year in the United Kingdom.

The O.S./N.S. designation is particularly relevant for dates which fall between the start of the modern year (1 January) and the start of the contemporary year, which was 25 March in England up until 1752 (see Julian year article).

During the transition years between the first introduction of the Gregorian calendar on continental Europe and its introduction in Britain, contemporary usage in England started to change.[4] In Britain 1 January was celebrated as the New Year festival,[9] but the "year starting 25th March was called the Civil or Legal Year, although the phrase Old Style was more commonly used."[4] To reduce misunderstandings on the date, it was normal in parish registers to place a new year heading after 24 March, for example 1661 had another heading at the end of the following December indicating "1661/62". This was to explain to the reader that the year was 1661 Old Style and 1662 New Style.[10]

Differences between Julian and Gregorian dates

The Julian calendar was formerly in use in many European countries and their colonies, rather than the Gregorian calendar, currently in use in most countries. Consequently and to avoid ambiguity, "Old Style" (O.S.) and "New Style" (N.S.) are sometimes added to historical dates to identify which system is being used (when giving a date in the period when both systems were in parallel use). This notation is used in Western European (and colonial) history: similar notations are in use for the equivalent conversions in Eastern Europe and Asia.

For a period of 170 years (1582–1752), both dating systems were in concurrent use in different parts of Western Europe and its colonies. The Julian calendar had drifted by 11 days from the solar calendar (due to its excess of leap years), so dates differ between the systems. System conversion for secular use occurred in Eastern Orthodox countries as late as the 20th century, and has still not occurred for ecclesiastic use in some of these countries.

Catholic countries such as Italy, Poland, Spain, and Portugal were first to change to the Gregorian calendar. Thursday, 4 October 1582 was followed by Friday, 15 October 1582, with ten days "missing". Countries that did not change until the 18th century observed an additional leap year, necessitating eleven "missing days". Some countries did not change until the 19th or 20th century, necessitating one or two more "missing days".

Ireland, (and under the provisions of the Calendar (New Style) Act 1750), Great Britain and the British colonies, changed from Julian to Gregorian Calendar at midnight on Wednesday 2 September 1752, the next day was Thursday 14 September 1752.[12]

Issue 9198 of the London Gazette, covering Great Britain's switch from O.S. to N.S.

Occasionally using different calendars has caused confusion between contemporaries. For example, it is related[15] that one of the contributory factors for Napoleon's victory at the Battle of Austerlitz was the confusion between the Russians, who were using the Julian calendar, and the Austrians, who were using the Gregorian calendar, over the date that their forces should combine.[16] However, this tale is not supported in a contemporary account from a major-general of the Austrian army, who tells of a joint advance of the Russian and Austrian forces (in which he himself took part) five days before the battle,[17] and it is explicitly rejected in Goetz's recent book-length study of the battle.[18]

Usually, the mapping of new dates onto old dates with a start of year adjustment works well with little confusion for events which happened before the introduction of the Gregorian Calendar. For example the Battle of Agincourt is universally known to have been fought on 25 October 1415, which is Saint Crispin's Day. But for the period between the first introduction of the Gregorian calendar on 15 October 1582 and its introduction in Britain on 14 September 1752, there can be considerable confusion between events in continental western Europe and in British domains. Events in continental western Europe are usually reported in English language histories as happening under the Gregorian calendar. For example the Battle of Blenheim is always given as 13 August 1704. However confusion occurs when an event affects both. For example William III of England arrived at Brixham in England on 5 November (Julian calendar), after setting sail from the Netherlands on 11 November (Gregorian calendar).

The Battle of the Boyne took place only a few months later in Ireland on 1 July 1690 "Old Style". However, it is commemorated as taking place on 12 July "New Style" by the Orange parades on "The Twelfth", and is an exception to the usual historical method of commemorating events of that period within Great Britain and Ireland by mapping the Julian date directly onto the modern Gregorian calendar (as happens for example with Guy Fawkes Night on 5 November). 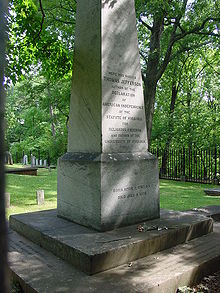 Because of the differences, English people and their correspondents often employed two dates, dual dating, more or less automatically, as Benjamin Woolley observed in his biography of Dr John Dee, The Queen's Conjurer. Dee fought unsuccessfully for England to embrace the 1583/4 date set for the change. Woolley wrote because of "the decision, England remained outside the Gregorian system for a further 170 years, communications during that period customarily carrying two dates, one 'O.S.' or Old Style, the other 'N.S.' or New Style."[19] Thomas Jefferson, for example, lived during the time Great Britain, Ireland and the British colonies eventually converted to the Gregorian calendar, so he instructed that his tombstone bear his dates of birth and death in the Old Style and New Style, respectively.[20] At Jefferson's birth the difference would have been eleven days between styles, had the New Style been converted to yet, as is evidenced by his "original" birthday of 2 April and his New Style birthday of 13 April.

Japan, Korea, and China started using the Gregorian calendar on 1 January 1873, 1896, and 1912, respectively.[citation needed] They had used lunisolar calendars previously. None of them used the Julian calendar; the Old Style and New Style dates in these countries usually mean the older lunisolar dates and the newer Gregorian calendar dates respectively. In these countries, the old style calendars were similar but not all the same. The Arabic numerals may be used for both calendar dates in modern Japanese and Korean languages, but not Chinese.

Japan currently uses two eras: The Western era and a modified traditional Japanese era name (nengō). The months and days are those of the Gregorian calendar, but the year is either the Western year number or a year of the nengō of the emperor on the throne. Since 1873, an era and the first year of that era has begun on the day of the year that the emperor ascended the throne. The second year of that era began on the next 1 January even if the first year contained only a few days. All subsequent years of that era began on 1 January until that emperor died. For example, the first year of the Showa Era, used by Emperor Hirohito, contained only the last six days of 1926, while Showa 64, his last year, contained only the first seven days of 1989. The current Gregorian year 2011 corresponds to Heisei 23.

Korea started using the Gregorian calendar on 1 January 1896, which was the 17th day of the 11th lunar month in not only Korea but also in China, which still used the lunisolar calendar.[22] The lunisolar Korean calendar is now used in very limited unofficial purposes only. In North Korea, the New Style calendar is used, but with Kim Il-Sung's year of birth used as year 0.

In China the Kuomintang-led Republic of China government adopted the Gregorian calendar on 1 January 1912. It kept the lunisolar Chinese calendar as well, especially for the timing of traditional holidays. The geographical reference for China standard time (UTC+8) has been longitude 120°E since 1929. When the Communists took over China in the late 1940s they kept this two-calendar system for the People's Republic of China. Today China, Hong Kong, Macau, Malaysia, Indonesia, Singapore and Taiwan all observe traditional holidays based on the traditional calendar, such as Lunar New Year, while timing other holidays, especially national anniversaries, according to the Gregorian calendar.

In Taiwan it is common to see Arabic numerals in new-style dates, though Chinese characters sometimes appear in these. Chinese characters are normally used for old-style dates. The calendar year in Taiwan is determined, according to the Kuomintang refugee custom, from the founding of their Republic of China government in 1912.