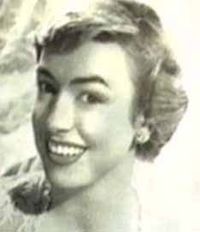 Olga Zubarry
This file is a candidate for speedy deletion. It may be deleted after Tuesday, 8 November 2011.

Olga Adela Zubarriain (b. 31 October 1929) is a retired Argentine film actress. Born in Parque de los Patricios, she is a fan of Huracan, a famous soccer team in Buenos Aires. She made almost 80 appearances in film between 1943 and 1997 spanning 6 decades of Argentine cinema.

She began her career at Lumiton studios in 1943 in Safo directed by Carlos Hugo Christensen. Her rise to fame occurred with the film adaptation (El ángel desnudo) of the novel, Frau Elsie, by Arthur Schnitzler. The film was released in 1946 and was a major success because it was the first time an Argentine actress dared to appear half naked in a film.v In 1962 she appeared in A hierro muere with Alberto de Mendoza. She won many awards during her career, such as the Martin Fierro (twice) and Condor de Plata.

Zubarry retired in 1997, the year she became a grandmother. She was married for 46 years to Juan Carlos Garate, former president of Argentina Sono Film, a movie company, who died in 2007. She has 2 daughters, Mariana who lives in the United States, and Valeria. She also has 3 grandchildren: Lucia, Facundo and Federico.

During her free time, she works with MAMA (Mis Alumnos Mas Amigos), a charitable organization that works with the children from the streets, located in Villa Ballester, in the northern Greater Buenos Aires.