Ordu Province (Turkish: Ordu ili ) is a province of Turkey, located on the Black Sea coast. Its adjacent provinces are Samsun to the northwest, Tokat to the southwest, Sivas to the south, and Giresun to the east. Its traffic code is 52. The capital of the province is the city of Ordu.

"Ordu" means 'army' in Turkish but there are many speculations about the name's meaning. 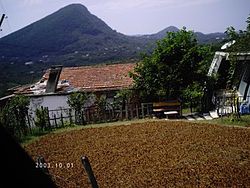 Ordu is a strip of Black Sea coast and the hills behind, historically an agricultural and fishing area and in recent years, tourism has seen an increase, mainly visitors from Russia and Georgia, as Ordu boasts some of the best beaches, rivers, and lush, green mountains on the Black Sea coast. Walking in the high pastures is now a popular excusrion for Turkish holidaymakers.

Ordu is famous for hazelnuts. Turkey as a whole produces about 70 percent of the world's hazelnuts, and over 50 percent of those come from Ordu.[2] The recent drop in hazelnut prices however have led farmers to supplement their income with honeybees. The higher altitudes are covered in forest. Melet river, Bolaman river, Fatsa river, Cevizdere stream, Curi stream and Bağdere stream are main rivers of the Ordu province and Gaga lake is the only lake of the city [3] 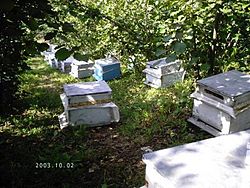 Mostly Chepni Turks and other Oghuz Turks live here and the province is home to a minority of Cheveneburi Georgians [4] and Muslims of Greek ethnic origin in Mesudiye.

In recent decades many people from Ordu have migrated away to jobs in Istanbul, Bursa, Samsun, Sakarya or abroad.

Ordu province is divided into 19 districts (capital district in bold):

Ordu has an attractive coast including pretty bays and the cleanest and longest beaches on this stretch of the Black Sea coast. Specific sites include: