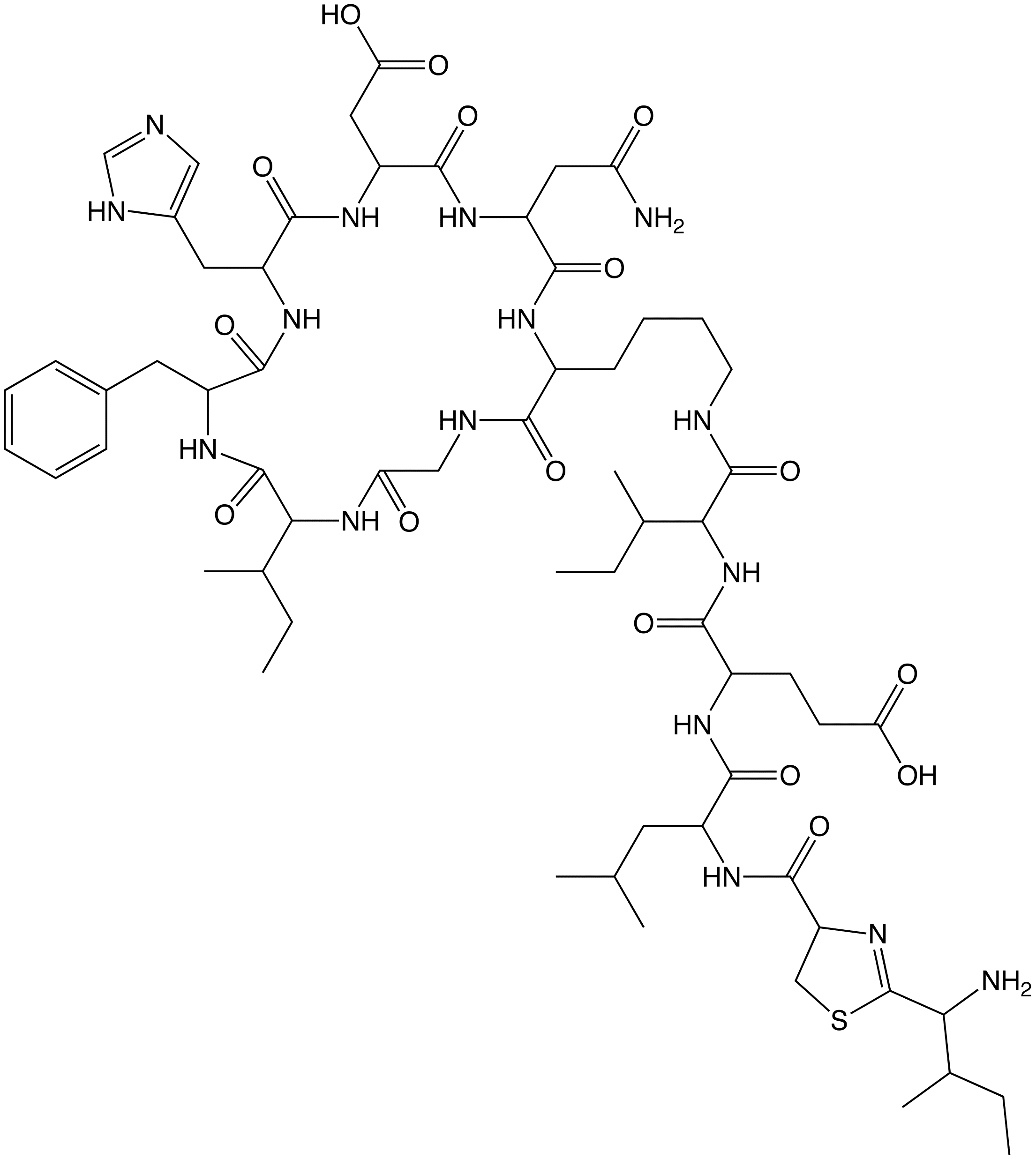 Bacitracin is a mixture of related cyclic polypeptides produced by s of the licheniformis group of "" "var" Tracy, isolation of which was first reported in 1945. The drug's unique name derives from the fact that it was isolated from a girl named Tracy:

One strain isolated from tissue debrided from a compound fracture of the tibia was particularly active. We named this growth-antagonistic strain for the patient, "Tracy I." When cell-free filtrates of broth cultures of this bacillus proved to possess strong antibiotic activity and to be non-toxic, further study seemed warranted. We have called this active principle "Bacitracin." [Johnson B, Anker H, Meleney F (1945). "Bacitracin: a new antibiotic produced by a member of the B. subtilis group".

As a toxic and difficult-to-use , bacitracin doesn't work well orally. However, it is very effective topically. Its action is on gram positive cell walls.

Bacitracin is synthesised via the so-called s (NRPSs), which means that s are not involved in its synthesis.

Bacitracin interferes with the dephosphorylation of the C55-isoprenyl pyrophosphate, a molecule which carries the building blocks of the bacterial outside of the inner membrane [ [http://www.pnas.org/cgi/content/abstract/68/12/3223 Mechanism of Action of Bacitracin: Complexation with Metal Ion and C55-Isoprenyl Pyrophosphate] K. John Stone and Jack L. Strominger] .

Bacitracin is used in human medicine as a and is "approved by the for use in chickens and turkeys."

As bacitracin zinc salt, and in combination with other topical antibiotics (usually and ), it is used in form for topical treatment of a variety of localized skin and eye infections, as well as for the prevention of wound s. In the a popular brand name contains Bacitracin as one of its agents along with and . Bacitracin can also be bought in pure form for those with allergies.

It is also commonly used as an aftercare antibiotic on tattoos. It is preferred over Neosporin because of its fewer ingredients, which lowers chances of an allergic reaction. [ [http://tattoo.about.com/cs/tatfaq/a/aftrcr_cntrdctn.htm Tattoo Aftercare Contradictions ] ]

In infants, it is sometimes administered ly for the treatment of s. This formulation is sold under the brand name Baciim.

Clinical Note:This is a good alternative to Silver sulfadiazine (Silvadene) for burn patients with Sulfa-Allergy.