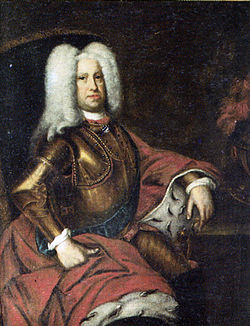 He was a younger son of Christian Albert, Duke of Holstein-Gottorp and Princess Frederica Amalia of Denmark, daughter of King Frederick III of Denmark and Norway. Therefore, it was his eldest brother, Frederick IV, Duke of Holstein-Gottorp, who naturally succeeded their father as ruler of the small principality, with Christian August given the tiny fiefdom of Eutin. Additionally, his family managed to have him elected as the Lutheran bishop of Lübeck, which at the time entailed a sovereign princely position in the Holy Roman Empire.

Prince Christian August married Albertina Frederica of Baden-Durlach (3 July 1682-26 December 1755), on 2 September 1704, with whom he had ten children.

Christian August was succeeded by his sons Charles Augustus, who died before factually taking office, and then Adolf Frederick.