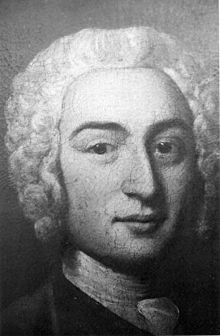 Family background and early life in Chur and London

Map of Switzerland with today's Canton Grisons shown in red.

He was born on 8 July 1709 in Chur, capital of the Grisons, then an independent republic, whose rule extended into present day Italy, including the areas of Chiavenna and the Valtellina. He would be the only surviving son of Colonel Peter de Salis-Soglio (1675–1749), by his wife Margherita (1678–1747), daughter of Hercules de Salis-Soglio.

His father, of a distinguished family[1] had been a soldier in France, in the Dutch Republic and in England, where he became envoy of the Grisons Republic to the Court of St. James's during the reign of Queen Anne. There he became an Anglophile and made influential friends amongst the Hanoverians. On his return to Chur he resolved to send his son to London and Jerome de Salis became a naturalized British subject by Private Act of Parliament on 24 March 1730/31.

De Salis was elected a Fellow of the Royal Society on 19 March 1741, proposed by Philip, 2nd Earl Stanhope (his wife's cousin), Martin Folkes (former president of the society), Andrew Mitchell, and his brother-in-law, Lord Sandwich.[2]

Diplomatic Service in the Grisons

In 1743, de Salis was appointed British Resident. This means he served as King George II's extraordinary envoy or minister plenipotentiary to the Grisons Leagues. He arrived in Coire on April 10, 1743, and resided there in a public character until 13 March 1750.

In 1748, by a patent dated of 12 March Emperor Francis I created his father Peter, together with his descendants, a Count of the Holy Roman Empire; the father died the following year.

During and after his time as British Resident in the Grisons he lived in both Chur and in Chiavenna and, in the mid-1760s, he started to build an Anglo-Palladian double-pile summer villa [1] in Bondo, a village in the Val Bregaglia between Chiavenna and the Maloja Pass. The house was completed by his son Peter in 1774.

De Salis returned to London in 1768 and lived in Harley Street until his death on 8 August 1794. In the meantime, his wife lived in Knightsbridge, Margate, Marseilles, Harlington and, from 1780, at Smallborough Green, Isleworth. She died there of dropsy on the 31 March 1785 and was buried at Harlington. 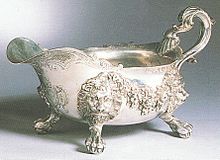 in a series of letters to [the son of] William Melmoth, esq.,