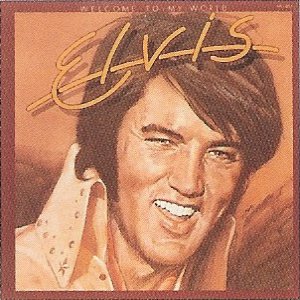 "Welcome to My World" was the title of a compilation album by that was released by in early 1977, just months before Presley's death. According to "Elvis: The Illustrated Record" by Roy Carr and Mick Farren, all but one of the tracks on this album had been previously released (one track, "Your Cheatin' Heart", dated back 20 years). The only previously unissued recording is "I Can't Stop Loving You" which was taken from a 1972 performance in New York City that as of 1977 had not yet been released. (It later appeared on CD as "".)