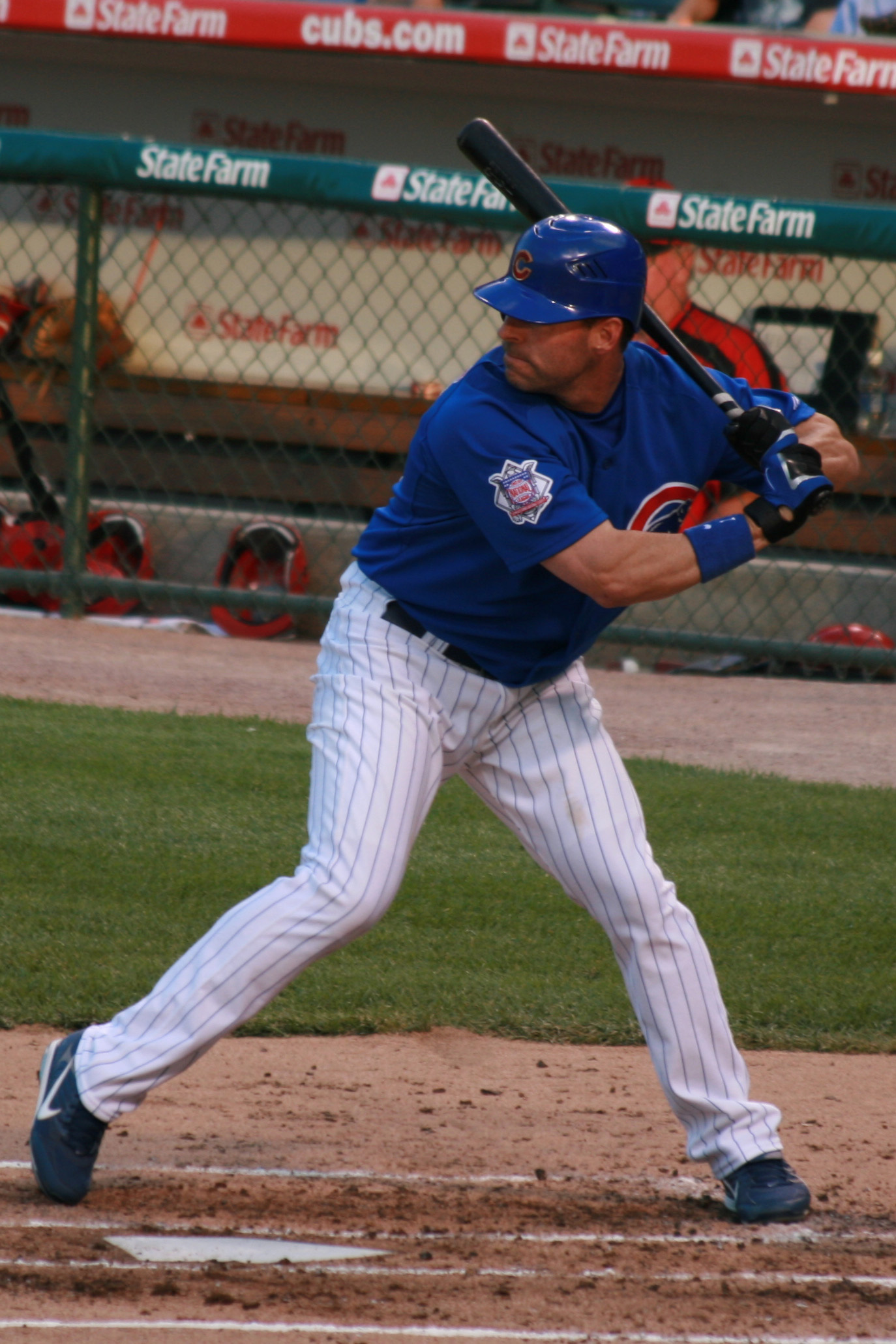 James Patrick "Jim" Edmonds (born , in Fullerton, ) is a left-handed for the . Edmonds has also played for the California/Anaheim Angels, the , and the , and is currently playing for the . He was affectionately known by Cardinal fans as "Jimmy Baseball",

Early in his Major League career the California Angels selected Edmonds in the seventh round of the by|1988 draft. Edmonds was traded from Anaheim to St. Louis for second baseman and pitcher shortly before the beginning of the by|2000 season. His fielding ability has earned him recognition from Major League coaches and managers, who voted him a Rawlings Gold Glove winner eight times in nine seasons from by|1997 to by|2005.

Throughout his career, Edmonds has played first base in stretches, usually as a result of injury to a starting first basemen, but sometimes simply to provide rest to regular position players, or give another outfielder playing time. With suffering an oblique injury in June of the by|2006 season, Edmonds made six starts at first.

Edmonds has hit 30 or more s in five seasons, while maintaining a .285 career , and has knocked in over 1,140 runs in his career. He has also received eight s in his career at center field, most of them coming as a member of the .

Two of Edmonds' most spectacular defensive plays came while on the Cardinals and the Angels. In June by|1997, while playing center field for the Anaheim Angels, Edmonds ran straight back towards the center field wall of in Kansas City, and dove outstretched for a fly ball over his head, making the catch on the warning track. His other memorable catch came when on the St. Louis Cardinals on , by|2004, while covering center field against Reds batter . LaRue hit a deep shot to center field that surely would have been enough to be a home run. On a dead run, Edmonds scaled the wall, reached his entire right arm over the fence, and caught the ball.

A defining moment of Edmonds' career came in the , in which Edmonds hit an extra-inning home run to win Game 6. In Game 7, Edmonds made a spectacular defensive play in center, helping the Cardinals win the pennant. On Mother's Day, , 2006, Edmonds was one of more than 50 hitters who brandished a to benefit the [http://www.komen.org Breast Cancer Foundation] . In 2006, Edmonds helped the win their first World Series title since 1982 while contributing 4 RBI.

Edmonds, along with and , earned the nickname MV3 for their phenomenal 2004 seasons.

On , by|2007, he was traded to the San Diego Padres for David Freese. As part of the deal, the Cardinals also agreed to pay part of Edmonds' by|2008 salary. [ [http://www.signonsandiego.com/sports/padres/20071214-1851-bn14padres.html SignOnSanDiego.com > San Diego Padres - Padres acquiring Jim Edmonds in trade with Cardinals ] ] Edmonds' 241 home runs with the Cardinals are the fourth-most in franchise history. [ [http://stlouis.cardinals.mlb.com/news/article.jsp?ymd=20071215&content_id=2327183&vkey=news_stl&fext=.jsp&c_id=stl The Official Site of The St. Louis Cardinals: News: St. Louis Cardinals News ] ]

On , 2008, the Padres released him after hitting only .178 with one home run in 90 s.On , 2008, the Chicago Cubs, in need of a left-handed bat to platoon in center with , signed Edmonds to a one-year contract of which the Cubs were only responsible for the league minimum. He started the next day against his former team, the Padres, and went 1 for 4. Edmonds was not well received initially by the fans at the Friendly Confines, but after joining the Cubs, his defense improved and he hit over .300 with 8 home runs in the first six weeks with the Northsiders. On June 21, 2008, Edmonds hit two home runs in the fourth inning against the , becoming only the third Cubs player, ( and ) to hit two home runs in the same inning. He also has two other multi-homer games as a Cub: one on July 31, 2008 against the Milwaukee Brewers and one on August 8, 2008 against his former team, the Saint Louis Cardinals. [ [http://www.baseball-reference.com/pi/event_hr.cgi?n1=edmonji01&type=b] ]