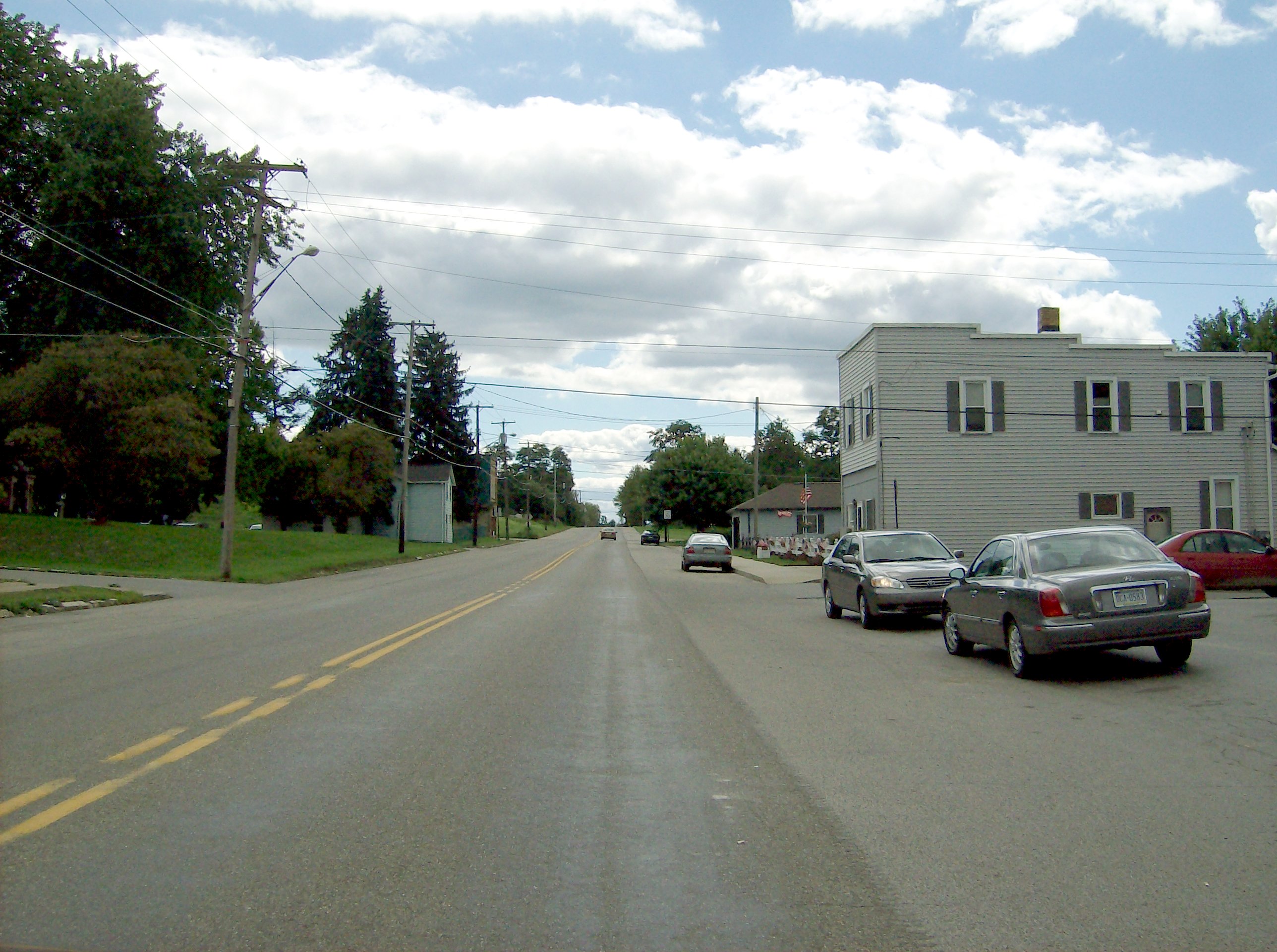 image_caption = Along the main street in West Pittsburg

West Pittsburg, Pennsylvania is an unincorporated community in southern Taylor Township, Lawrence County, , along the banks of the Beaver River just 5 miles south of New Castle. Its main street is the north-south , which crosses the river at the southern end of the community. [DeLorme. "Pennsylvania Atlas & Gazetteer". 8th ed. Yarmouth: , 2003, p. 56. ISBN 0-89933-280-3.] As the name implies, it is of , although it is actually more of the city, which is approximately 47 miles away.

For a small community, West Pittsburg had one of the largest railroad stations built in the north Pittsburgh area. At one time, the thought that the village would become an major railroad hub and constructed a large, but beautiful railroad station that would serve passengers on the "The Little Giant". Other railroads that would have benefited were the , and the . Unfortunately, the hub never materialised. Overtime, the three railroads went out of business, but and the continue to use the yard near the West Pittsburg Station to transport freight to cities like Pittsburgh, Butler, Cleveland, New Castle, and Youngstown. The station is currently undergoing a major renovation that will turn it into a museum.