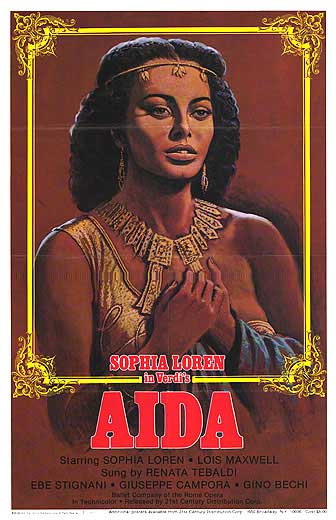 "Aida" is a 1953 Italian film version of the opera "" by . It was directed by Clemente Fracassi and produced by and . The was adapted by Fracassi, Carlo Castelli, and Giorgio Salviucci from the by . The cinematography was by Piero Portalupi, the production design by Flavio Mogherini and the costume design by . The was conducted by , the ballet was choreographed by .

Renata Tebaldi was originally cast to play Aida, but she decided not to appear in the film. was also considered for the role, before Sophia Loren was cast.