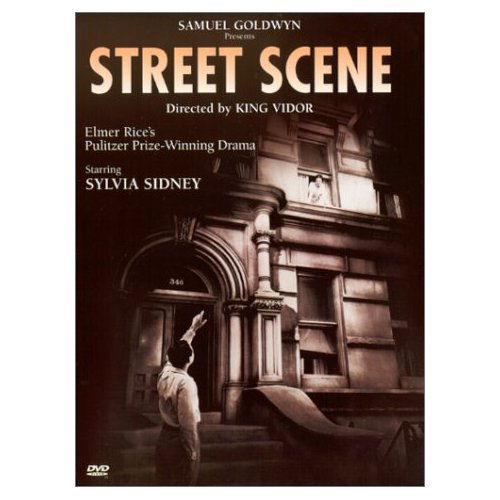 "Street Scene" is a 1931 drama film produced by and directed by . With a screenplay by adapted from his -winning play, Street Scene takes place on a New York City street from one evening until the following afternoon. Except for one scene which takes place inside a taxi, Vidor shot the entire film on a single set depicting half a city block of house fronts.

The movie stars , , , , and (her screen debut). The music score is by . Newman composed the eponymous title theme, in the style of 's "". The theme has been used in a countless succession of movies, including "" and an onscreen performance as the to "".