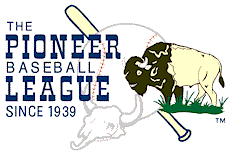 The Pioneer Baseball League began in 1939 with six teams in and . The league suspended operations for the 1943 through 1945 seasons. In 1948, the league expanded into . At that time, several of the teams were operating as minor league affiliates of teams, which were unsuccessfully trying to grow into a major league. When the displaced the PCL team, they moved to , taking away the Pioneer League's largest market. By 1959, the league was down to six teams, and by 1964, there were only four, but by the end of the 1970s there were eight teams. The league today also has eight teams, a number that is not likely to change without further expansion or contraction within .