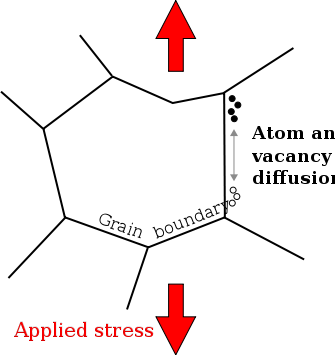 Coble creep is named after Robert L. Coble, who first reported his theory of how materials creep over time in 1962 in the Journal of Applied Physics[1].

The strain rate in a material experiencing Coble creep is given by:

Note that in Coble creep, the strain rate

and conclude whether Coble or Nabarro-Herring creep is dominant[1].