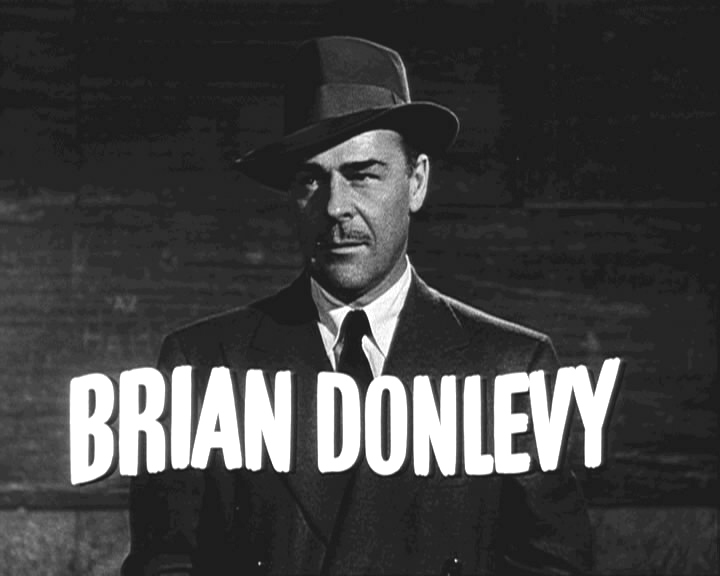 Brian Donlevy ( &ndash; ) was an American , known for many film roles from the 1930s to the 1960s. Particularly known for playing "tough guy" roles, he mainly appeared in supporting roles on screen. Amongst the films for which he was best known were "Beau Geste" (1939) and "" (1940). For his role as Sergeant Markoff in "Beau Geste" he was nominated for the .

His obituary in "" newspaper in the stated that "any consideration of the American '' of the 1940s would be incomplete without him."

Donlevy was born Waldo Bruce Donlevy in . Early in his career, Hollywood film bosses established a fictional background of Donlevy having been born in , , . It remains a popular myth.

After lying about his age, Donlevy joined the American army in 1916 and saw service as a pilot during the First World War. After the war, he remained in the army for a short time before he decided to make the move into acting.

He began his career in New York in the early 1920s, over the course of the decade appearing in many productions and also winning an increasing number of parts.

Donlevy's break into major film roles came in 1935, when he was cast in the film "". A large amount of film work followed, with several important parts. In 1939, he was nominated for an for his role as Sergeant Markoff in "Beau Geste", although the Oscar went to Thomas Mitchell for "Stagecoach".

The following year, he played the role for which he is perhaps best remembered, that of McGinty in "" (known as "Down Went McGinty" in the United Kingdom), a role he reprised four years later in "". In 1942, Donlevy starred in the Paramount film "Wake Island". In 1955, he played the lead in the British science-fiction "" (called "The Creeping Unknown" in the US) for the company, playing the lead role of Professor . The film was based on a 1953 BBC Television serial of the same name. The character had been British, but Hammer cast Donlevy in an attempt to help sell the film to American audiences. Quatermass creator disliked Donlevy's portrayal, referring to Donlevy as "a former Hollywood heavy gone to seed". Nonetheless, the film version was a success and Donlevy returned for the sequel, "" ("Enemy From Space" in the US), in 1957, also based on a BBC television serial. This made Donlevy the only man ever to play the famous scientist on screen twice, although later Scottish actor would play him two times, once on film and later on the radio.

Throughout his film career, Donlevy also did several radio shows, including a reprise of "The Great McGinty". He went on to feature in a number of films over the following years until his death. He also appeared in a variety of television series from the late 1940s to the mid 1960s, guest starring in episodes of such popular programs as "Perry Mason", "", "Rawhide," as well as in his own series in the 1950s, "Dangerous Assignment". In 1957, he appeared in a production of the novel, "". His last film role was in a picture called "The Winner", released in 1969.

He died on in from throat cancer, aged 71, survived by his wife Lillian and a daughter, Judy Donlevy, by his second wife. His ashes were scattered over .