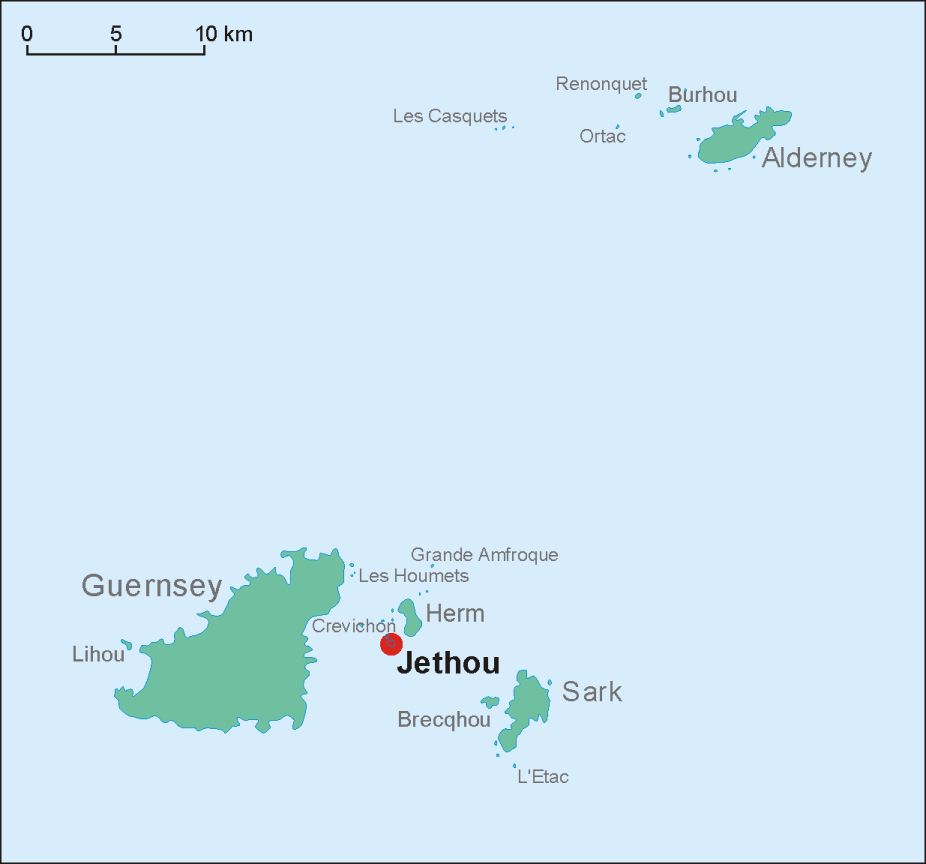 mapsize =
map_caption = This is a of the Bailiwick of . Jethou is just South of Herm.

It is immediately south of and has an area of approximately convert|44|acre|ha.

It is said that in AD 709 a storm washed away the strip of land which connected the island with Herm. [ [http://www.islandlife.org/Herm.htm About Herm] ]

The island's name contains the "" suffix.

In 1416, it became part of 's estate and still remains a Crown lease and now owned by the States of .

From 1920 to 1923 it was leased by along with , and remained part of that estate for years, although it is currently part of a different one.

On the top is a marker. It is said that in earlier times, pirates were hanged on it with chains, like nearby .

From September 1964 until December 1971 the Island was occupied by the Faed family consisting of Mr Angus Faed, his wife Susan Faed and their four children, Colin, Erik, Colette and Amanda. Mrs. Susan Faed was the 22nd tenant of Jethou.

It is flanked by two s, to the north and Fauconniere to the south. There is one house on the island and two cottages as well as a large garage where vehicles such as quad bikes and tractors are stored.

It is now leased by Sir Peter Ogden of IT company .

At the back (East) of Jethou, puffins can be seen swimming off the rocks.