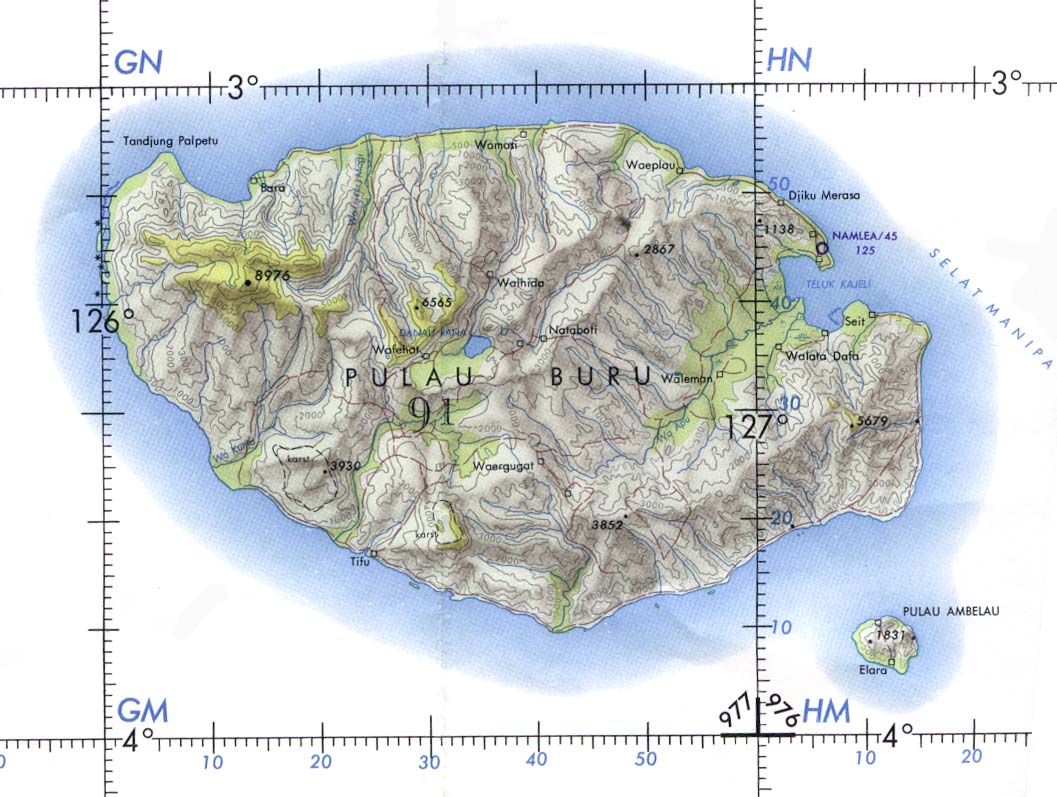 Buru is an in the Maluku province of . It is located west of Ambon and . The chief port and town is on the northeastern coast. During former President 's New Order administration, Buru was the site of a prison used to hold thousands of political prisoners. While held at Buru, writer wrote his novels.

Buru islanders recognize a clear distinction between the majority coastal people and the smaller number of mountain-dwellers. The population of the coastal region is generally ic, and about one third is considered indigenous, while the rest are immigrants. In the local understanding, however, immigrants are defined broadly, because many have lived on Buru for many generations since moving from other islands in Maluku. There is also a population of Javanese transmigrants who have moved to the island since the 1960s. The smaller mountain-dwelling population differs from the coastal peoples in that they are not Muslim, and have limited social interactions with the coastal people and outside of the island.

Buru island was identified in 14th century manuscript, , as Hutan Kadali, the island with thick forest in eastern area near , , the spice island. Before Dutch colonization, Buru was within the kingdom of 's sphere of influence. The island was occupied by the (VOC) in 1658. The colonizers forcibly moved a large part of the population from their interior villages to the coastal plain, where they could be more closely controlled. In the nineteenth century, as the VOC was replaced by formal Dutch government control, the Dutch appointed native leaders, called "raja" on Buru, to manage the island for them.

Buru became a part of Indonesia upon the nation's independence in . During President 's administration (1965-1998), the island was the site of a large prison camp holding alleged s and other dissidents. By 1977, about fourteen thousand prisoners were held on the island. The most famous of the inmates was author . Denied pen and paper, he composed the stories that became his "Buru Quartet", by telling them orally to other prisoners. [Fuller, Thomas. [http://www.iht.com/articles/2000/03/15/jak.2.t_0.php "Suharto's Gulag / The Buru Island 'Humanitarian Project'"] , March 15 2000, "."]