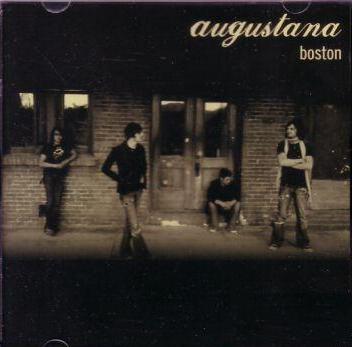 "Boston" is a song by American rock band Augustana, from their 2005 album "". It was originally produced in 2003 by for "Mayfield" and was later re-recorded with producer Brendan O'Brien for "". [ [http://pingpongmusic.net/ Ping Pong Music : Artist Consultation + Production + Management ] ] This song propelled the band to success and as a result, the song was used in many types of media.Fact|date=February 2008

A music video was released for the song, showing the lead singer playing a piano on a beach, later showing many other pianos on the beach, as the video progresses, the other band members appear. Soon, high tide comes up and the entire band continues to play as they are submerged in water over and over.