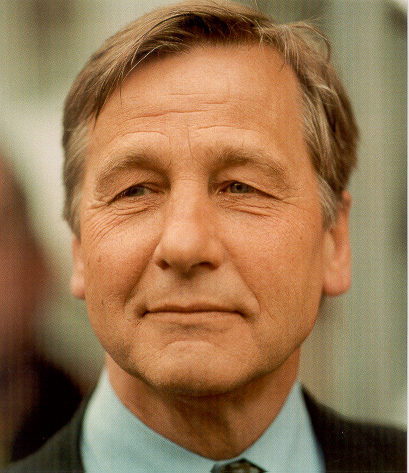 Wolfgang Clement is an Honorary Member of the

After attaining his "Abitur" (school-leaving qualification) at the Graf-Engelbert school in , Clement first completed a "Volontariat" (internship) at the newspaper in . He then studied jurisprudence at the leaving in 1965 with a law degree after passing the First State Examination. This qualification also permitted him to teach. Clement was subsequently employed as an articled clerk and assistant at the Institute for Trial Law at the . In 1968 he returned to the Westfälische Rundschau, first as a political editor, but later as head of the political department and finally as deputy Editor-in-Chief. In 1986 Clement moved to the newspaper "Hamburger Morgenpost" in , where he remained as Editor-in-Chief until 1989. On he was presented with an honorary doctorate (Dr. h. c.) by the Ruhr University at Bochum.

Wolfgang Clement is married and has five daughters. He lives in .

From 1994 to 2001 he was on the SPD State Executive in North Rhine-Westphalia, from 1996 as deputy leader. Clement has been a member of the SPD federal executive board since 1997 and SPD deputy chairman since December 1999.

Clement was a member of the State Parliament of North Rhine-Westphalia from 1 October 1993 to 7 November 2002.

In 1989 Clement was appointed head of the state chancellery of North Rhine-Westphalia by ’s government. After the state election in 1990 he relinquished this office in favour of the post of Minister for special tasks, effective from 13 June 1990. After the 1995 state election Clement was made Minister of Economics and Small Business, Technology and Transport.

After he had long been seen as the “crown prince” of Johannes Rau, Clement was finally elected as Rau’s successor as State Premier of North Rhine-Westphalia on .

In a government statement of 17 June 1998 Wolfgang Clement announced the amalgamation of the Justice and Interior ministries into one entity. There was serious doubt about whether this decision was compatible with the German Constitution, as it was seen by some as a violation of the division of powers. On 9 February 1999 the Constitutional Court of North Rhine-Westphalia ruled that the amalgamation violated the rights of the state parliament. In spite of this, Clement wanted to continue with the merger, at least until the 2000 state election, but had to bow to growing pressure from coalition partner Bündnis '90/Die Grünen (the Green party). The merger was cancelled and Clement himself took on the responsibilities of Justice Minister from 10 March to 22 March 1999. From 23 March 1999 to the end of the legislative period on 27 June 2000 Jochen Dieckmann was Justice Minister of North Rhine-Westphalia.

In the 2000 state election the SPD, under Clement’s leadership, received 42.8% of all votes cast, a drop of 3.2% from the previous election. However, the SPD was again able to form a coalition government with the Greens.

Even after this election there were fierce debates between Clement and in particular Bärbel Höhn, the Minister of the Environment (Bündnis '90/Die Grünen), who opposed the continuation of coal mining subsidies and the support of big industrial projects (e.g. Garzweiler II) that were promoted by Clement.

Since he started his term of office as state premier of North Rhine-Westphalia on 27 May 1998, four ministers have resigned or left their position early.

* October 1998: Minister for the Economy Bodo Hombach moves to Berlin to become Minister of the Chancellery after the federal election (which resulted in an SPD-Greens coalition under the leadership of Gerhard Schröder)

* 9 March 1999: Richard Rauball resigns from his office of Justice Minister after just once week in the position

* 17 April 2001: Detlev Samland had admitted at the end of March 2001 that he had not paid tax on his earnings from being a board director according to regulations. He now accepts the consequences from this tax misdemeanour and resigns from his position as Minister for European and Federal Affairs. His successor his Hannelore Kraft.

* 26 January 2000: The so-called “flight affair” causes the downfall of Finance Minister and close friend of Clement, Heinz Schleußer. It was alleged that Schleußer and other leading politicians had used aircraft belonging to the Westdeutsche Landesbank (West German State Bank, WestLB) for personal flights. Schleußer maintains until the end that he never flew on personal business but eventually admits that he had taken a female companion on board on two occasions, a claim that he had previously denied.

In Clement’s time in office as state premier of North Rhine-Westphalia four investigating committees were set up.

* "High Definition Oberhausen" (HDO) - to look at the support practices, especially limitations and shortcomings, of the state in broadcasting, film and media sectors, in particular examining all actions and mismanagement at the Technologiezentrum Oberhausen (Oberhausen Technology Centre, HDO)

* "High Definition Oberhausen" (HDO) - continuing the examination of actions and mismanagement begun in the second committee.

* "Westdeutsche Landesbank Girozentrale" (West German State Bank Giro Centre, WestLB) - looking at the air travel made by members of the state government or parliament with the assistance and at the expense of the WestLB.

After the 2002 federal election Clement gave up his office of Premier on 21 October and was appointed federal Minister of Economics Labour in the government led by Chancellor Gerhard Schröder. With this he was taking over the newly created so-called “super ministry” that had been formed by the amalgamation of the Economic and Labour ministries.

The expectations created by the merger - that Clement could bring about an economic upturn and a decrease in unemployment thanks to the expanded powers available to him - are yet to be fulfilled (as of July 2005). Clement’s policy in this role has been marked by two areas of conflict. First, there have been numerous conflicts with Minister for the Environment Jürgen Trittin (Bündnis 90/Die Grünen) on the issues of deposits on drink cans, the phasing out of nuclear energy and the trading in emissions certificates that had been agreed upon at the in . Second, in contrast to many other government members, Clement wanted to continue unwaveringly with the measures under Schröder’s “Agenda 2010” reforms package, rather than slowing down the roll-out. The reforms have come under much criticism since their unveiling in March 2003.

In view of Chancellor Gerhard Schröder’s frequent threats to resign, especially in 2003, Clement was seen by some to be Schröder’s only possible successor.

Following the September 18, 2005 federal election, Clement was, together with the other ministers in Schröder’s government, dismissed from office on 18 October 2005, the opening session of the sixteenth . At the same time, Clement was appointed by President in a caretaker role to continue his functions until the formation of a new government. After the election of Angela Merkel as Chancellor on 22 November 2005 Clement permanently left office.