The Gheorghe Asachi Technical University (Romanian: Universitatea Tehnică "Gheorghe Asachi") is a public university located in Iaşi, Romania. It has the oldest tradition in Romania in engineering education and is second ranked among the technical institutions of higher education, and the fifth among all universities in Romania, in the national research ranking compiled on the basis of Shanghai criteria.[2] 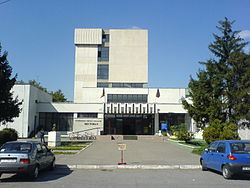 In 1813 the scholar Gheorghe Asachi set up the first centre for technical education taught in Romanian, beginning with a civil engineering class which was later developed within the Academia Mihăileană (1835) and the University of Iaşi (1860).

In November 1912, an independent section of the Faculty of Sciences - department of the electro-technical, applied chemical and agricultural sciences - was set up. This event represents what may be called the birth certificate of what later became The Polytechnic Institute of Iasi.

In March 1937, when the Parliament of Romania voted the Law of Education, the technical higher education is transferred to the new established Polytechnic School which was, at that time, the only higher education institution in Romania qualified to issue engineer's degrees.[1] The new institution took from the very beginning the name of Gheorghe Asachi, the founder of the Romanian technical education, while professor Cristea Otin was elected its first rector. 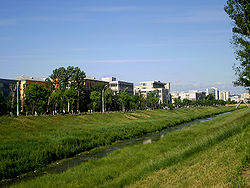 The “Gh. Asachi” Technical University of Iaşi has 11 faculties and 3 departments:

Established as a reference and research technical library, the “Gh. Asachi” Technical University Library holds 1 million-plus volumes covering a wide range of subjects on engineering and technology, science, economics and law. It is organised in a Central Library, 6 branches and 8 departments. 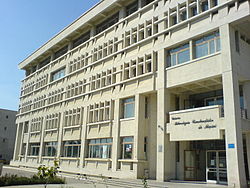 The Faculty of Machine Manufacturing

The academic year consists of two 14 weeks semesters, each of them ending with an examination session. The weekly workload is about 28 hours. There is also a 3-week period of industrial placement during summer, while half of the final semester (the eighth) in the last year of study, is devoted to completing the diploma thesis and dissertation.

The first two years of the 4-year programmes are devoted to providing an introduction to engineering as well as the necessary background in Physics and Mathematics. Beginning with the third year, students can choose from a number of specializations.

Students who obtain a score of at least 8 out of 10 in the "licence exam" at the end of their "Engineer" degree courses are eligible to take an entrance examination for one year, 1,5 years or two years Master's course, the length of studies depending on the chosen specialization. All graduates awarded a Master's degree, are eligible to enrol on a Ph. D.Programme - full-time courses. 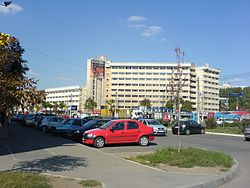 The University is administered by the University Senate which is made up of representatives from the eleven Faculty Councils. The Senate elects the rector, the vice-rectors and the chancellor every four year.

University Campus comprises 22 residence halls in the Tudor Vladimirescu Campus area, which is near the university and is situated at 5 minutes by car from the center of the city. The neighborhood of the campus is dominated mainly by old buildings, a mall, the Bahlui river and a lot of bars. The buildings in the campus have a number from 1 to 22 and are prefixed with letter T.

The T17 students residence hall was, as of 1987, the biggest student residence hall (boarding house) in all of South-East Europe[3]. The building was in the process of being renovated from July 2007 - October 2008.