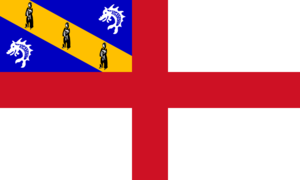 Herm (: "Haerme") is the smallest of the that is open to the public. Cars are banned from the small just like its Channel Island neighbour, . Unlike Sark, s are banned too. However, Herm does allow quad bikes and s for the locals. The sandy white beaches make Herm a walker's paradise.

Herm won the 2002 competition in the 'Small Coastal Resort' category, despite not being part of the UK (it is in the of ).

Herm was occupied in prehistoric times; the remains of s have been found on the island.

The first records of Herm's inhabitants in historic times are from the sixth century, when the island became a centre of monastic activity; the name 'Herm' supposedly derives from s who settled there (although an alternative interpretation derives "Herm" from Norse "erm" referring to an arm-like appearance of the island). However, the monks suffered from the inclement ; in 709, a storm washed away the strip of land which connected the island with the small uninhabited island of .

The most important moment in Herm's political history was 933, when the were annexed to the (they remain a British since the division of in 1204). After the annexation, Herm gradually lost its monastic inhabitants, and between 1570 and 1737 it was used as a hunting ground by the governors of Guernsey.

In the nineteenth century, industry arrived in Herm with the establishment of granite quarries to serve the large scale military fortifications undertaken in the islands. The island was let to tenants by the Crown and was generally off-limits to visitors. When Prince Blücher was tenant before the First World War, he introduced a colony of wallabies to the island. None now survive.

Between 1920 and 1923, the noted Scottish writer and founder of the was tenant of the island; among his best known works are "" and "".

On 25 July 1940, a few weeks after the arrival of German troops in Guernsey and Jersey, nine German soldiers landed on the island in a commandeered motor boat to shoot a propaganda film. They went back to Guernsey the same day. Herm's sandy beaches were soon used for practising landings from barges, in preparation for the invasion of England, but otherwise the island saw little of the Germans beyond officers making trips to shoot rabbits. In a British nighttime raid on the island in February 1943, commandos wandered around the island without finding any signs of life at all, let alone enemy troops. Herm was spared the huge concrete blockhouses, anti-tank walls and observation towers that were to disfigure the larger islands.

After the war, the decided to buy Herm from the Crown in order that its pleasant atmosphere could be enjoyed by Guernsey residents. The States now rent the island to a tenant, who is expected to maintain the island for the benefit of its visitors.

The most influential tenant has been Major Peter Wood, who looked after the island from 1949 to 1980 when the current tenants, Adrian and Pennie Wood Heyworth, took over. Major Peter Wood died in 1998.

It was reported by BBC News and ITV Channel Television on 17 May 2008 that the tenants had put the remaining 40 years of their lease up for sale, with an asking price of £15,000,000. In September 2008 it was announced that Starboard Settlement, a trust, had acquitred the remainder of the lease for considerably less than the asking price. [http://www.thisisguernsey.com/2008/09/23/new-herm-tenants-vow-to-keep-it-open-to-all/] The trust formed a Guernsey company, Herm Island Ltd, to manage the island for the trustees.

In July 2008, US film production company Cupsogue Pictures took a film crew to Herm to shoot major parts of the movie "Monkeyshine". The entire treasure island scenes were filmed exclusively on Shell Beach, on the northwest corner of the island.

Like the rest of the Channel Islands, Herm was formerly officially administered solely in the . It is presumed that, as in neighbouring islands, the population would have spoken a variety of , but no documentary evidence exists as to any distinctive dialectal features particular to the of Herm. The is extinct in Herm now. It was eroded mainly by neglect, and also settlers from . However, a number of French/Norman placenames remain.

The "Herm Island" map, published by the tenant of Herm says -

:"The origins of many of the place names in the island are obscure, as indeed is the name 'Herm' itself"

Over the years, there has been a steady anglicisation of the island's nomenclature, and this erosion still occurs to a minor extent, in the replacement of authentic names, with new ones e.g. the northern tip of the island is properly called "La Pointe du gentilhomme" but is often referred to as "Alderney Point".

Fieldnames are generally in English, with the following exceptions - "Monku", "Belvoir", and "Bon Jour".

Remnants of are scanty, but examples would be the second element of "Pointe Sauzebourge" on the south west tip of the island, while the rock of "Le Plat Houmet" contains the "Houmet" ("holmr") with a Norman .

"Hermetier", a tidal islet just offshore, may be a corruption of the Norman for "Land of Herm".

Herm is a dependency of , and is in fact owned by the , being rented out to various tenants (see ).

Herm is only 1½ miles long and less than half a mile wide. It is oriented so that its greatest length runs north-south. The northern half of the coastline is surrounded by sandy beaches, the southern half is rocky.

Shell Beach and Belvoir Bay are two of the major tourist attractions.

The isle of is just to the south. It is said that in 709 a storm washed away the strip of land which connected the island with Herm. [ [http://www.islandlife.org/Herm.htm Herm Home Page ] ]

Much of Herm's bedrock is granite.

Tourism is Herm's main source of income, with the majority of tourists arriving on one of the Trident catamaran ferries ("Herm Trident V" and "Herm Trident VI") operated by the . On some busy days, the Herm Clipper is also called into service.

Money is also made from vegetable growing, livestock and occasionally issuing its own stamps, and the island's status as a tax haven.