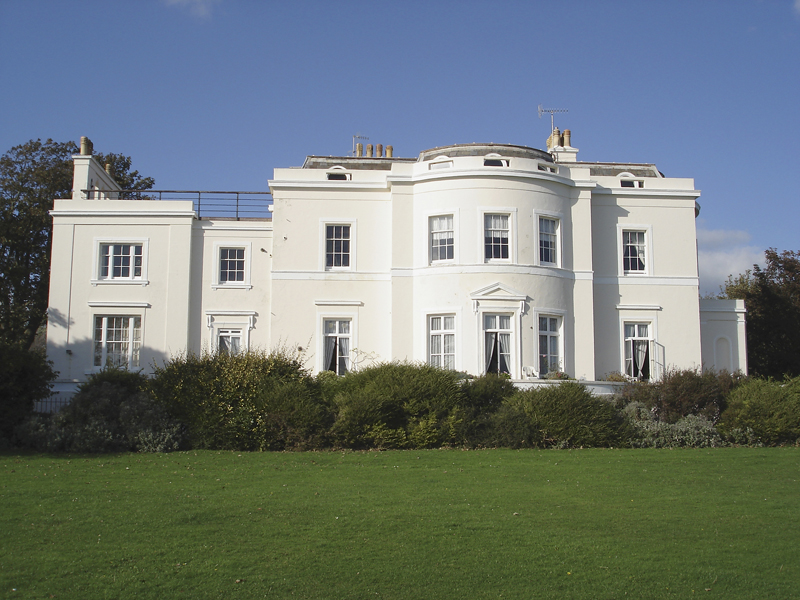 Beach House in , is a Regency beach-side villa, built in 1820 to designs by . It was originally known as "Marino Mansion". [ [http://www.worthing.gov.uk/Planning/ListedBuildingRegister/ Worthing Borough Council - Planning and Building Control ] ]

In the mid-eighteenth century, Sir Frederick Adair Roe, of the Bow Street office and head of the , London's police force, owned and lived in Beach House.

Between 1907 and 1910 King Edward VII stayed at the house several times while visiting Sir Edmund Loder and his family.

In 1917, playwright bought the house. His visitors included , , and . Knoblock refurbished the interior and forecourt of the property to the designs of Scottish architect , while displaying furniture from the Thomas Hope collection he had bought from a sale at Deepdene in , [ [http://www.dicamillocompanion.com/Houses_hgpm.asp?ID=608 The DiCamillo Companion - Database: History, Gardens, Movies ] ] .

During the in 1936, Beach House was used to house children evacuated from their homes in the Basque province of .

Beach House is a Grade II* .

This beach-side open space surrounding the Regency building of Beach House is situated in Brighton Road and was purchased by Worthing Borough Council in December 1927 and laid out in 1937-1938. The grounds are 2.78 acres (11265.25 sq. m) and have a playground, two tennis courts and a car park. [ [http://www.worthing.gov.uk/Leisure/ParksampOpenSpaces/Parksinalphabeticalorder/BeachHouseGrounds/ Beach House Grounds ] ] Beach House gives its name to nearby , opposite Beach House, one of the world's best-known venues for .