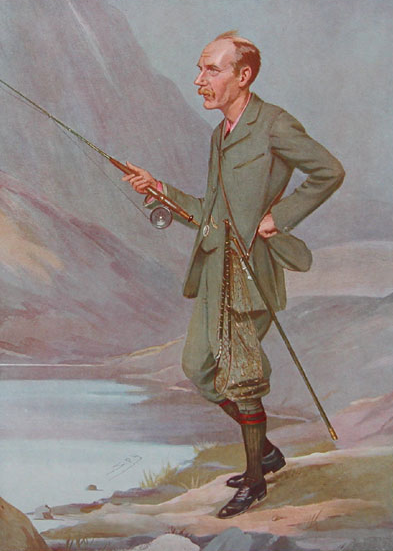 Buxton was the son of and the grandson of social reformer Sir Thomas Fowell Buxton, 1st Baronet. His mother was Emily Mary, daughter of the physician and traveller . He was born in and educated at Clifton and , and was a member of the London School Board from 1876 to 1882. In 1880, he became prominent in political circles by the publication of his "Handbook to the Political Questions of the Day", a work which eventually went through 11 editions. That same year, he ran for Parliament in the constituency of Boston, but lost. However, he was able to become an MP in 1883 by means of winning a in Peterborough. He went down in defeat during the 1885 general election, but returned to Parliament the very next year, representing the constituency of Poplar. He would represent this constituency in Parliament until 1914.

From 1892 to 1895, Buxton served as . In 1905, he earned his first Cabinet post, that of Postmaster-General. In this capacity he introduced such services as penny postage to the , the magazine post, and cheap postage for the blind. In 1910, Buxton was named ; in this position he oversaw the passage or amendment of many trade and commerce laws. Upon the sinking of the in 1912, he asked Lord Loreburn, the , to appoint a commission of inquiry into the disaster. This commission eventually came to be headed by Lord Mersey.

In February 1914, Buxton was appointed , and in May of that year he was raised to the peerage as Viscount Buxton, of Newtimber in the County of Sussex. A revolt by the South African populace on the outbreak of the First World War temporarily threatened his safety, but the country's Prime Minister, General , immediately attached South Africa to Britain's side. Thereafter, Buxton and Botha formed an effective partnership, planning and executing South African actions in the war, including the invasion of the neighbouring German colony of . Buxton travelled widely throughout South Africa, and endeared himself to the people. Upon his retirement in 1920, the people demonstrated their affection for him. He continued his interest in South African affairs even after returning to England, serving as president of the Africa Society from 1920 to 1933.

He was created Earl Buxton in 1920, and continued to be a member of the Liberal Party, often supporting his close friend and colleague Sir Edward Grey. In his later years, he had to undergo of his leg due to a knee injury sustained earlier in his life. He died at on , .

By his first wife Hon. Constance Mary Lubbock (d. ): 1. Charles Sydney Buxton ( - ); died unmarried. [The elder son Charles Sydney Buxton (1884-1911), the only surviving son by his first wife Constance, proposed marriage to [http://www.spartacus.schoolnet.co.uk/Wwilberforce.htm Octavia Wilberforce] (1888-1963), a descendant of the reformer, but she refused him. [http://www.jjhc.info/buxtoncharles1910.htm] .]

4. Lady Doreen Maria Josepha Sydney Buxton ( - ), a fraternal twin; married married Charles Alfred Euston Fitzroy, a scion of the dukes of Grafton. She died aged 25, shortly after the birth of her third child. After her death, her husband remarried [His second wife Lucy Eleanor Barnes (d. 1943) was a first cousin of his first wife through her Buxton mother. [http://www.thepeerage.com/p2189.htm#i21882] ] in 1924 and again in 1944. He succeeded to the dukedom in 1936 when a young cousin, the 9th Duke of Grafton was killed in a motoring race. Lady Doreen's elder son is the present Duke of Grafton.

5. Hon. Denis Bertram Sydney Buxton ( - ), a fraternal twin; killed in action, aged 19, Passchendaele, France, as a Second Lieutenant in the . At the time of his death, he was his father's only surviving son and heir to his titles.

6. Lady Alethea Constance Dorothy Sydney Buxton ( - ); married Venerable Peter Charles Eliot, , ( -1995), son of Hon. Edward Granville Eliot (himself grandson of the 3rd Earl of St. Germans) and Clare Louise Phelips, [Darryl Landy. Entry for "Venerable Peter Charles Eliot" in thePeerage.com database. Last edited 19 June 2006. [http://www.thepeerage.com/p2704.htm] . Her husband was maternal uncle of the actress .] on 12 July 1934. They had no issue, and Lady Alethea died aged 93 in 2004. [Michael Rhodes. "Earl Buxton family update" message posted on thePeerage.com discussion forum on 10 August 2004. Retrieved 10 August 2007. Michael Rhodes says incorrectly that Lady Alethea was Earl Buxton's only daughter by his second wife; she was his only surviving daughter but his younger daughter by that wife. The elder Lady Doreen had died in his lifetime.]

Since both his surviving sons died unmarried in his lifetime, his titles became extinct at his death.

Earl Buxton was survived by his second wife Mildred (d. 1955) and his youngest daughter Lady Althea Eliot (d. 2004), and by eight grandchildren including the future Duke of Grafton (b. 1919).