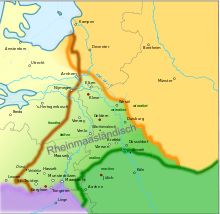 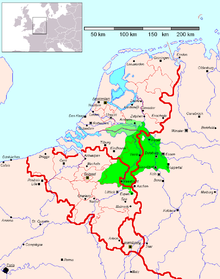 Geographical position of the Meuse-Rhenish dialects 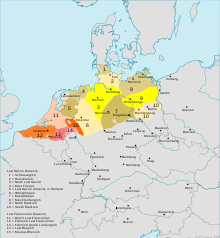 Spread of the contemporary Dutch and Low German dialects. Meuse-Rhenish are the areas (13), (14) and (15), as well as adjacent most southeastern parts of (11) 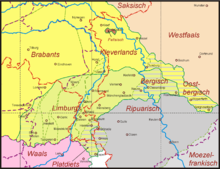