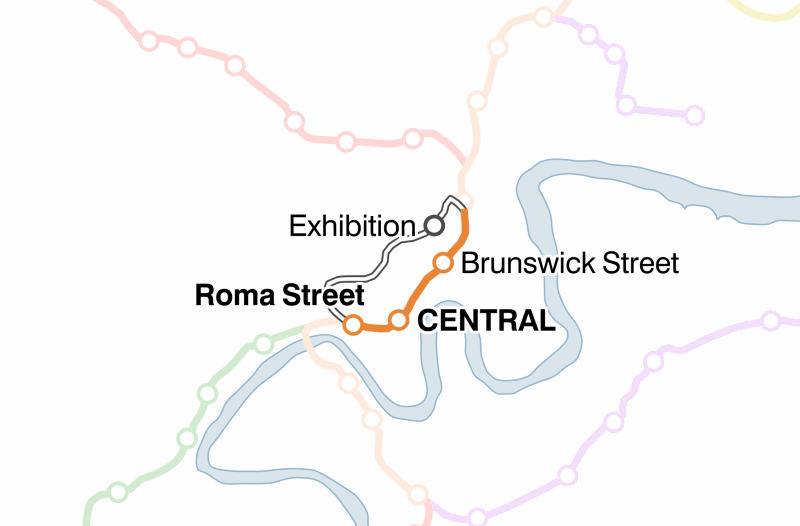 The Exhibition railway line is a special-purpose line in , the state capital of , . It conveys QR passengers during the Royal Queensland Show (locally known as "the ") in August and rare other special events held in the showgrounds. It is informally known as the Ekka loop.

s also use the Exhibition line to access the Normanby and to travel across Brisbane while avoiding city stations and congestion between Bowen Hills and Roma Street stations. QR long-distance passenger services similarly use the Exhibition line to arrive at and depart from Roma Street station. Empty Citytrain and Traveltrain sets also use the line to access the Normanby train washing facility and the Mayne locomotive and electric depot.

Services stop at city stations (Roma Street, Central and Brunswick Street) before the loop leaves the main line in the middle of platform 4 of Bowen Hills, and therefore can not stop here for passengers. The service runs in both directions.