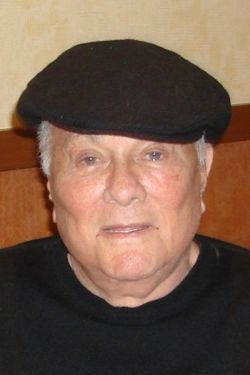 Tony Curtis (born Bernard Schwartz , ) is an American film actor. He is best known for light comic roles, especially his musician on the run from gangsters in "" (1959) with and . He has also done serious dramatic roles, such as the escaped convict in "" (1958), which earned him an nomination. Since 1949, he has appeared in more than 100 films and has made frequent television appearances.

Curtis was born as Bernard Schwartz in , , the son of Hungarian ish immigrants Helen (née Klein) and Emanuel Schwartz. [http://www.thepeerage.com/p17110.htm] [http://www.iht.com/articles/1994/11/16/book3_0.php] His father was a tailor. The family lived in the back of the tailor shop, his parents in one corner and Curtis and his brothers Julius and Robert in another. Curtis has said, "When I was a child Mom beat me up and was very aggressive and antagonistic." His mother was later diagnosed with , a mental illness which also affected his brother Robert and led to his . When Curtis was eight, he and his younger brother Julius were placed in an orphanage for a month because their parents could not afford to feed them. Four years later, his brother Julius was struck and killed by a truck. Curtis had to identify the body. Curtis retains his brother's cap and school books since "That's all that's left of him." cite quote

During Curtis served in the aboard , a submarine tender. On , , he witnessed the ese surrender in from about a mile away. [ [http://tendertale.com/ttiii/ttiii1.html TenderTale ] ]

Following his military service, Curtis studied acting in New York along with , , and . He was discovered by a and . Curtis claims it was because he "was the handsomest of the boys." Arriving in Hollywood in 1948 at age 23, he was placed under contract at and changed his name to Tony Curtis. Although the studio taught him fencing and riding, Curtis admits he was at first only interested in girls and money.

Curtis's screen debut came uncredited in the "Criss Cross" playing a rumba dancer. Later, he cemented his reputation with breakout performances such as in the role of the scheming press agent Sidney Falco in "" with (who also starred in "Criss Cross") and an Oscar-nominated performance as a bigoted escaped convict chained to in "".

He was so popular during the 1950s as a screen hunk that copied his on-screen ducktail hairstyle. [ [http://www.elvispresleynews.com/Elvis-Hairstyle.html Elvis Presley News] ]

Curtis also appeared frequently on television; he co-starred with in the TV series "". Later, he co-starred in "McCoy" and "". In the early 1960s, he was immortalized as "Stony Curtis," a voice-over guest star on "".

Throughout his life, Curtis has enjoyed painting, and since the early 1980s, has painted as a second career. His work commands more than $25,000 a canvas now and he now focuses on painting rather than movies. "I still make movies but I'm not that interested in them any more. But I paint all the time." In 2007, his painting "The Red Table" was on display in the in .

Curtis has spoken in the past of his disappointment at never being awarded an Oscar. "My profession has never recognized me sufficiently for my work."cite quote But in March 2006, Curtis did receive the Sony Ericsson Empire Lifetime Achievement Award. He also has a star on the , and received the "" (Order of Arts and Letters) from France in 1995.

Tony Curtis has been married six times. His first (and most famous) wife was the actress (1927–2004), to whom he was married for 11 years (June 4, 1951-1962), and with whom he fathered actresses Jamie Lee and . "For a while, we were Hollywood's golden couple," he says. "I was very dedicated and devoted to Janet and on top of my trade, but in her eyes that goldenness started to wear off. I realized that whatever I was, I wasn't enough for Janet. That hurt me a lot and broke my heart."cite quote It was Leigh's third marriage. Curtis, who admits to cheating on her throughout their marriage, left Leigh in 1962 for , the 17-year-old German co-star of his latest film, "". Leigh was granted a quick divorce and later that year married stockbroker Robert Brandt in Las Vegas.fact|date=April 2008

His son, Nicholas (with Leslie Allen), died of a overdose on April 2, 1994, at the age of 23. Of this, Curtis has said, "As a father you don't recover from that. There isn't a moment at night that I don't remember him."cite quote

In 1970, Curtis was arrested for possession of marijuana, while he was on an anti-smoking board.

Curtis states that he had a brief relationship with in 1949, which had to end due to their different work commitments. ["Shrink Rap" interview with Pamela Connolly broadcast 8/5/2008]

His current wife is 42 years his junior. They met in a restaurant in 1993 and married in 1998. "The age gap doesn't bother us. We laugh a lot. My body is functioning and everything is good. She's the sexiest woman I've ever known. We don't think about time. I don't use either. There are 50 ways to please your lover."cite quote

Curtis nearly died when he contracted pneumonia in December 2006 and was in a coma for several days. He now uses a wheelchair and can only walk short distances. [ [http://www.dailymail.co.uk/pages/live/articles/showbiz/showbiznews.html?in_article_id=560321&in_page_id=1773 Daily Mail] ]

In 1998, he founded the Emanuel Foundation for Hungarian Culture, and has served as honorary chairperson. This is for the restoration and preservation of synagogues and 1300 Jewish cemeteries in Hungary. He dedicated this to the 600,000 Hungarian victims of the Holocaust. [http://www.highbeam.com/doc/1P2-3892380.html]

In October 2008 Curtis released his autobiography American Prince (published by Virgin Books, ISBN 978-190526-434-6). In it he elaborated on his widely publicized affair with Marylin Monroe, his encounters with other Hollywood legends of the time, including Frank Sinatra and James Dean, as well as his hard-knock childhood and path to success.

There is a mural of him on US Highway 101 Southbound at the Sunset Blvd. exit