*September: , an armed group in , are destroyed during , and subsequent operations by the and the British Army's , the and the . The group had female fighters as well as male ones. [cite news|title=Bloody end to Sierra Leone hostage drama|publisher=BBC News|date= 10 September 2000|url=http://news.bbc.co.uk/2/hi/africa/918556.stm|accessdate=2008-03-09] 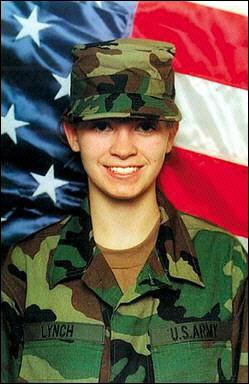 * SGT , USA, received the Silver Star for her actions in Iraq during an enemy ambush on their convoy near the town of Salman Pak. She killed at least 3 of the attacking insurgents. Hester was the first female soldier to receive the award for exceptional valor since World War II and the first woman ever to receive the silver star for close combat.

* January 19: The United Nation's first all female peacekeeping force is set to deploy to . The peacekeeping force is made up of 105 Indian policewomen. [cite news|title=First All-Female U.N. Peacekeeping Force to Deploy to Liberia|url=http://www.foxnews.com/story/0,2933,244862,00.html|work= |date= |accessdate=2008-01-28]
*Spring: Spc Sorimar Perez and Spc Amanda Landers become the first women in the history of the United States military to become crewmembers. The positions were restricted to males until October 2006. [citenews|url=http://www.defenselink.mil/home/faceofdefense/fod/2007-03/f20070330a.html|author=Staff Sgt. C.G. Maldonado|title=Female Soldiers Make History as Avenger Crewmembers|source=Defenselink.mil, Florida National Guard Public Affairs|date=March 30, 2007|accessdate=06/19/08]
*March: begins recruiting women into military service. [cite news |title=BOTSWANA: Army rolls out carpet for women |url=http://www.alertnet.org/thenews/newsdesk/IRIN/b9c41b3ba75a7527b1b3f2ea0e481b75.htm |work= |date= |accessdate=2007-08-01] , the commander, states that they will not receive special treatment. [cite news |first=Bame |last=Piet |title=No special treatment for female soldiers - Masire |url=http://www.mmegi.bw/2006/November/Tuesday7/4379671891231.html |work= |date= |accessdate=2007-08-01]
*March: Acting Leading Seaman , a British sailor, is captured by along with fourteen other British sailors. While captive, she appears on television apologizing for trespassing in Iranian waters, and also writes a letter stating that she and her fellow sailors "apparently trespassed" on Iranian waters. [cite news|url=http://investing.reuters.co.uk/news/articlenews.aspx?type=UKNews1&storyID=2007-03-28T201514Z_01_L28126061_RTRUKOC_0_UK-IRAN.xml&WTmodLoc=HP-C1-TopStories-5|title=Iran shows held sailors on television |publisher= |date= |accessdate=2007-03-28]
*April: The fifteen British sailors captured by Iran are released. It is revealed that Acting Leading Seaman Faye Turney was separated from the other sailors and singled out for special treatment by the Iranians. In a news conference, some of the other sailors state that she was used as a propaganda tool by Iran.