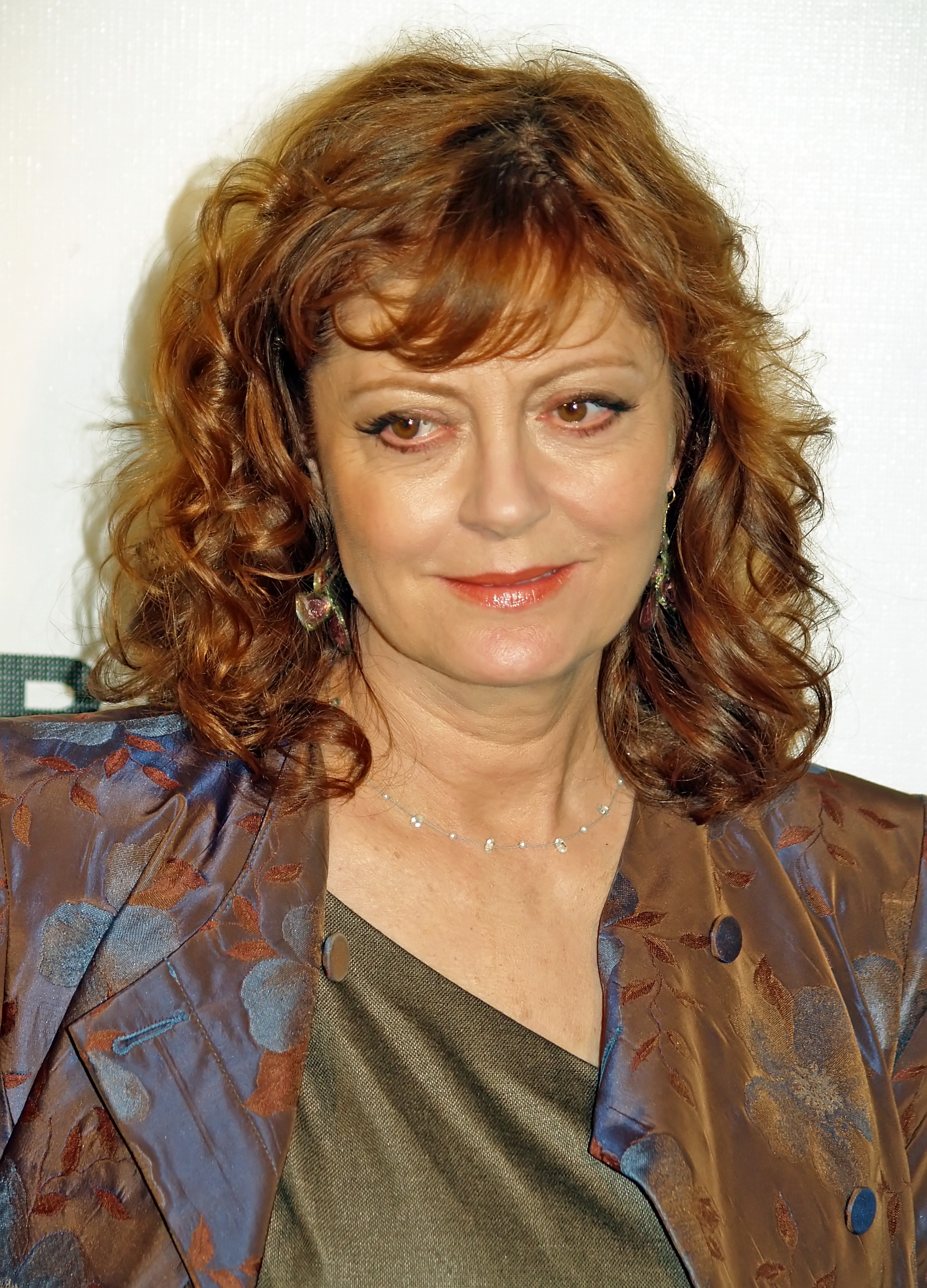 Susan Sarandon (born Susan Abigail Tomalin; October 4, 1946) is an American . She has worked in films and television since 1970, and won an Oscar for her performance in the 1995 film, "Dead Man Walking". She is also noted for her social and political activism for a variety of liberal causes.

Sarandon, the eldest of nine children, was born Susan Abigail Tomalin in , the daughter of Lenora Marie (née Criscione) and Phillip Leslie Tomalin, who worked as an advertising executive, television producer, and singer during the era.

Sarandon graduated from Edison High School, in , in 1964. She then attended from 1964 to 1968, earning a BA in drama, and working with noted drama coach and master teacher, Father .

In 1969, Sarandon went to a casting call for the motion-picture "Joe" with her then husband . Although he did not get a part, she was cast in a major role of a disaffected teen who disappears into the seedy underworld (the film was released in 1970). Five years later, she appeared in the cult favorite "". That same year, she also played the female lead in "", opposite . Her most controversial film appearance was in "" in 1983, a modern story which turned out to be a critical and flop. The film has gained some cult status for a rather graphic love scene between Sarandon and co-star . It was the first mainstream American film to feature such a scene between two star actresses. However, Sarandon did not become a "household name" until her breakthrough in the 1988 film "". which became a huge commercial and critical success.

Sarandon has contributed the narration to some two dozen s, many dealing with social and political issues; in addition, she has served as the presenter on many installments of the documentary series, "". In 2007 she hosted and presented "Mythos", a series of lectures by the late American mythology professor . [http://www.jcf.org/works.php?id=680]

Most recently, Sarandon joined the cast of "Peacock" starring opposite , , and . Filming will take place in Des Moines, Iowa.

While in college, she met and married fellow student in 1967. They divorced in 1979 and she retained her married name as her .

In 1981, readers of magazine voted hers the Best Celebrity Breasts of the Summer of 1981. In response, she said, "It must seem to a lot of people that I am always naked or making love in my films. I think it's very hard to be in a scene and not be upstaged by your nipples". [ [http://www.tiscali.co.uk/entertainment/film/biographies/susan_sarandon_biog/7 Susan Sarandon Biography] ]

In the mid-1980s, Sarandon dated director Franco Amurri, with whom she had a daughter in 1985, actress . Since 1988, Sarandon has been in a relationship with actor , whom she met while filming "". The couple have two sons: Jack Henry (born 1989) and Miles Guthrie (born 1992). Sarandon and Robbins are often involved in the same social and political causes. They live in New York City.

Sarandon is noted for her active support of progressive and political causes, ranging from donations made to organizations such as [cite web |url=http://www.newsmeat.com/celebrity_political_donations/Susan_Sarandon.php |title=Susan Sarandon's Federal Campaign Contribution Report |accessdate=2008-01-13 |format= |work=Newsmeat.com ] to participating in a 1983 delegation to sponsored by , an organization that promotes "social, environmental and economic justice." [cite web |url=http://madre.org/about/mission.html |title=Mission and History |accessdate=2008-01-10 |format= |work=Madre.org ] Sarandon has also expressed support for various and causes that are similar philosophically to ideas found among the . [cite web | last =Sheahen | first =Laura | authorlink = | coauthors = | title ='The Power of One': Interview with Susan Sarandon | work = | publisher = BeliefNet| date = | url =http://www.beliefnet.com/story/170/story_17020_1.html | format = | doi = | accessdate =2008-01-14 ]

In 1995 Sarandon was one of many Hollywood actors, directors and writers who were interviewed for the documentary, "," which looked at how Hollywood films have depicted .

In 1999, she was appointed and in that capacity has actively supported the organization's global advocacy, as well as the work of the Canadian Committee.

Sarandon and Robbins both took an early stance against the , with Sarandon stating that she was firmly against the concept of the war as a pre-emptive strike. [ [http://www.washingtonpost.com/wp-srv/liveonline/03/special/world/sp_world_sarandon021303.htm"Iraq: Antiwar Voices"] . "," February 13, 2003.] Prior to a 2003 protest sponsored by the coalition, she said that many Americans "do not want to risk their children or the children of ." [ [http://www.cbsnews.com/stories/2003/02/14/earlyshow/living/main540658.shtml "Sarandon To Bush: Get Real On War",] , February 14, 2003.] Sarandon was one of the first to appear in a series of political ads sponsored by , an organization established by Ben & Jerry's Ice Cream founder Ben Cohen. [cite news |first=Charlie |last=Brennan |authorlink= |author= |coauthors= |title=Cry for peace heard on web: Activists using Internet to spread word against war |url=http://www.causecommunications.com/whoweare/rockymtnnews.html |format= |work= |publisher= |pages= |page= |date=February 8, 2003 |accessdate=2008-01-11 |language= |quote= ] [cite web |url=http://www.foxnews.com/story/0,2933,77195,00.html |title=Anti-Iraq Ad Features Leader of Bush's Church |accessdate=2008-01-14 |format= |work=Fox News ] Also in 2003, Sarandon appeared in a "Love is Love is Love" commercial, promoting the acceptance of , , and individuals.