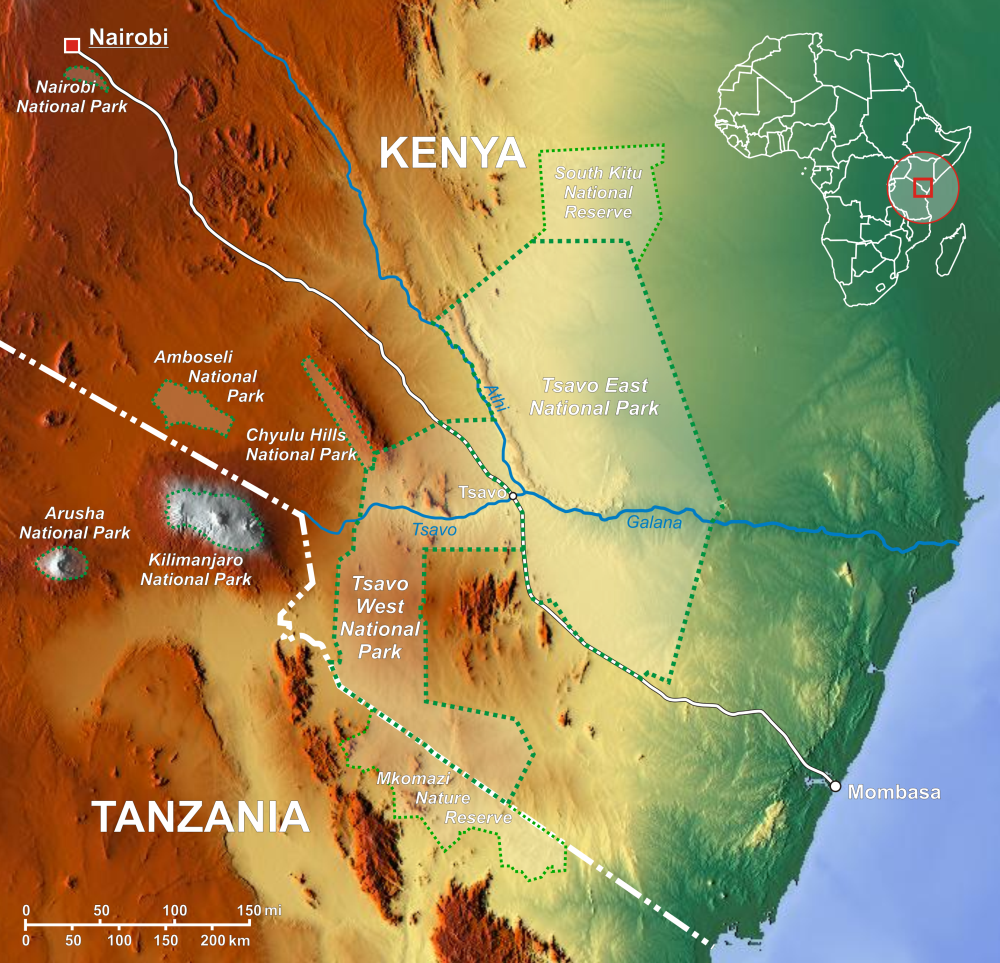 Tsavo East National Park is one of the oldest and largest parks in at 11,747 square kilometers. Opened in April of , it is located near the village of in the of . The park is divided into east and west sections by the A109 road and a . Named for the , which flows west to east through the , it borders the , and the in .

The park can be accessed by three main gates, from Voi through the Manyani gate, from through the Bachuma gate or from through the Sala gate. There are also several airstrips in the park that allow chartered light planes. Inside the park, the Athi and Tsavo rivers converge to form the Galana River. Most of the park consists of semi-arid grasslands and . It is considered one of the world's biodiversity strongholds, and its popularity is mostly due to the vast amounts of diverse wildlife that can be seen. The park also offers camping and several geographical points of interest.

The slightly larger "Tsavo East" is generally flat, with dry s across which the flows. Other features include the and . Wildlife in Tsavo East includes s and s.

is more ous and wetter than its counterpart, with s, and the . It is known for and for its large s. It is also home to a black rhino sanctuary.

The Mudanda Rock is a 1.6 km of stratified rock that acts as a water catchment that supplies a natural dam below. It offers an excellent vantage point for the hundreds of elephants and other wildlife that come to drink during the dry season.

The Yatta Plateau, the world's longest , runs along the western boundary of the park above the Athi river. Its 290 km length was formed by lava from Ol Doinyo Sabuk Mountain.

Lugard Falls, named after , is actually a series of rapids on the Galana river.

Aruba Dam was built in 1952 across the Voi river. The reservoir created by the dam attracts many animals and water birds.