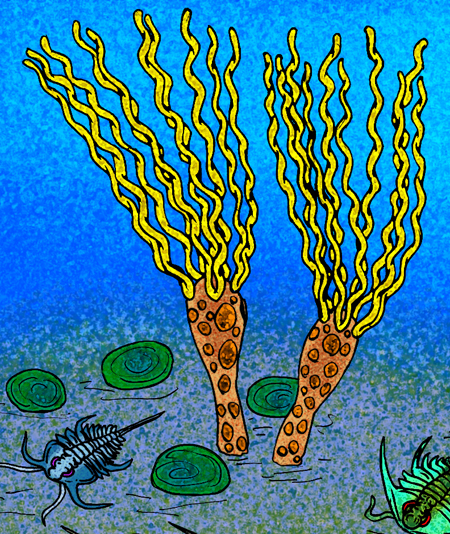 "Gogia" was one of the first, if not the first known, genus of the early class, , from the Cambrian.

"Gogia" is distinguished from sea lilies, and most other blastoids, in that the plate-covered body was shaped like a vase, or a bowling pin (with the pin part stuck into the substrate), and that the five arms were split into pairs of coiled, ribbon-like strands.

As a whole, the Eocrinoids were believed to be ancestral to .