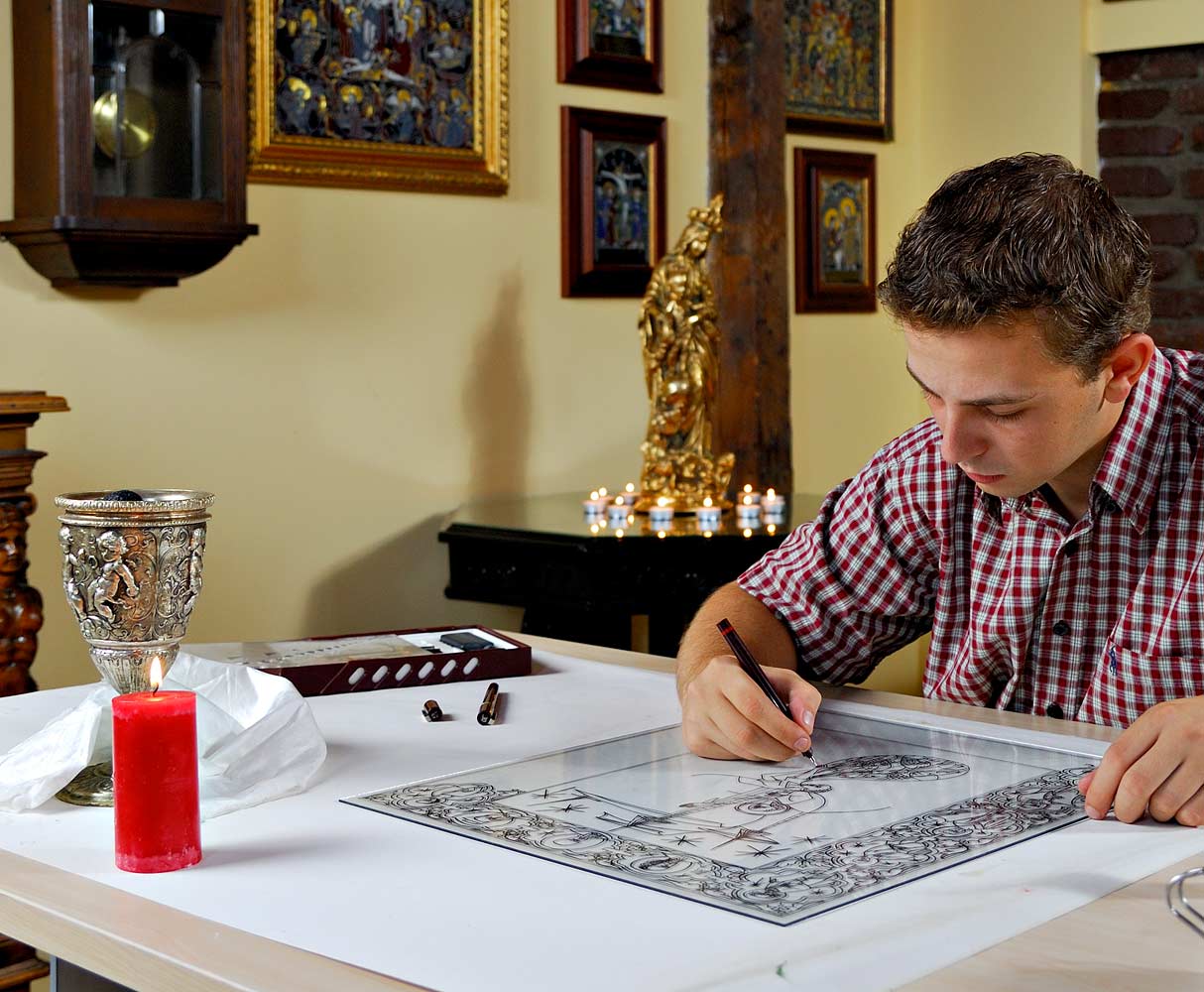 George Cristian Huszar (born in , ) is an . Stylistically, he creates traditional on glass. He paints with traditional technique using eggs as an emulsion. The details are done by hand. George Huszar started artistry around five years of age.